A Category B Listed Building in Alloa, Clackmannanshire 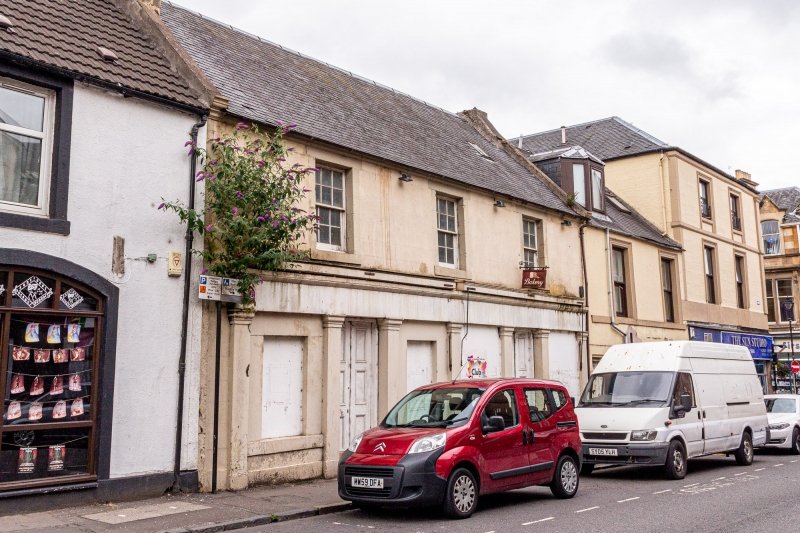 Circa 1830, 2-storey commercial premises with 6-bay pilastered shopfront at ground and 3-bay residential accommodation above, in terraced street, with early 19th century baking oven to rear.

INTERIOR: circa 1820 property with plaster cornices and window shutters surviving.

OVENS: probably early 19th century brick oven to rear pre-dating shopfront block, formerly approached by vennel (evident in Wood's plan, 1825), still in use in 1994; painted brick externally with cast-iron door plate to stoking section and large rectangular embrasured opening to oven (apparently altered from original). 2nd over steam-powered, circa 1840, in back courtyard glazed over at this date.

Fascia declaring the establishment of Hope bakers in 1810 (as at date of listing). The survival of the brick oven is particularly interesting: it may well be the oldest oven still in use (1994) in Britain. The pilastered shopfront, 12-pane timber windows and unbroken roofline are themselves meritorious.