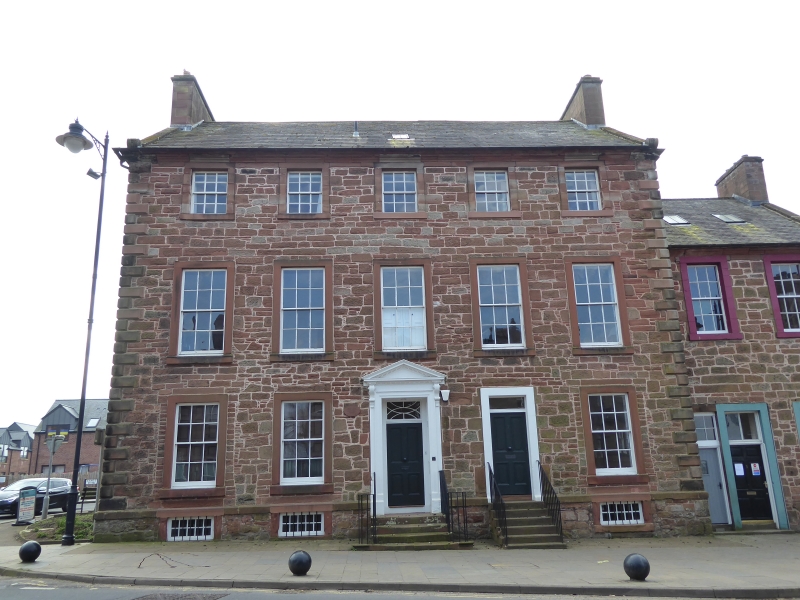 Purchased by the burgh council in the 1790s and became the

here; converted to a dwelling house by James Little,

solicitor, one time Provost of Annan.