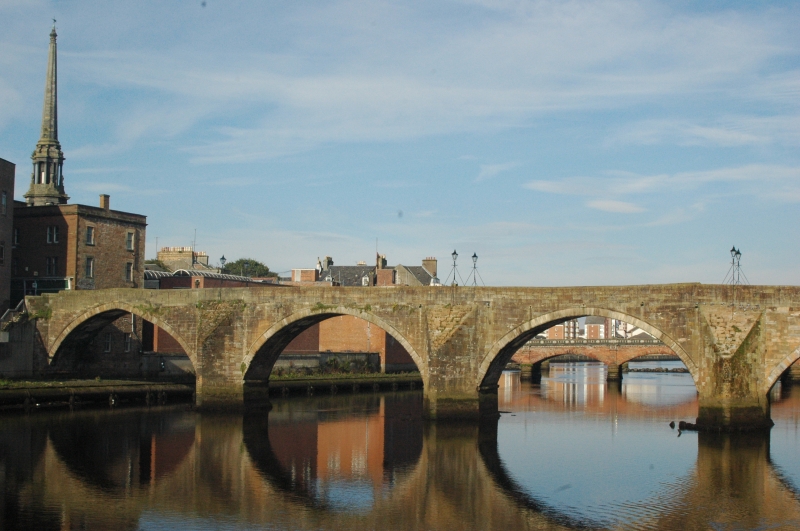 De-scheduled 11.12.1998. In his poem 'The Brigs of Ayr' Robert Burns correctly forecasted that the Auld Brig would outlast the New Bridge (see separate list description) standing approximately 500 yards apart. In the early 20th century a vigorous campaign was launched for its repair, Lord Rosebery lamenting in an address, "Why, sir, the great millionaires of the world, who spend their substance in giving thousands for manuscript copies of his [Robert Burns'] poems, they would give hundreds of thousands for a shake of his hand, or for the sound of his voice, and yet we cannot raise ?10,000, now that he is dead, to save the object on which his heart was set." Auld Brig was substantially repaired in 1907-10 and is still in current use as a pedestrian crossing to the town. Photographs of the Brig's repair can be found in NMRS Photographic Library, taken by John B Lawson in 1907 (AY/1704-1729). The authors of HISTORIC AYR suggest a nearby ford, provided access to the High Street prior to the erection of the Auld Brig.