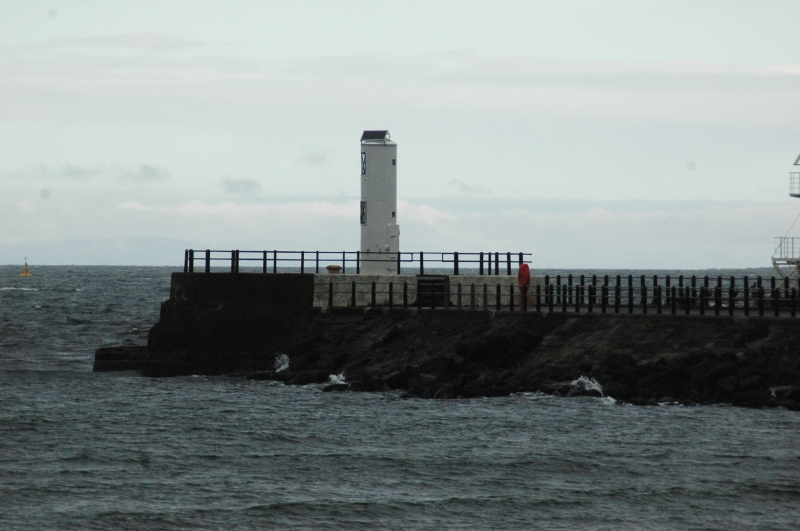 HARBOUR WALLS: mass concrete built quays with granite copings on either side of the River Ayr (North and South Harbour Streets) to New Bridge.

For centuries, Ayr has been a premier trading port on the west coast of Scotland (for example, in 1733 Ayr was re-affirmed as a nominated port to the exclusive British tobacco trade). Following the period of Cromwellian occupation, the town initiated an intensive programme of harbour renewal. Extensive repairs to the harbour continued into the 18th and 19th centuries, with the construction of the first harbour light in 1718 (Turner, p8). An Act of Parliament in 1772, dramatically increased trade by offering the prospect of accommodation for more ships, "An Act for deepening, clearing, scouring, preserving, and maintaining the Harbour of Ayr; for enlarging and improving the Quays and Piers; for erecting Docks, Breasts, Jettees, and Piers; and for regulating ships, lighters and other vessels, trading into and going out of the said harbour; and for other purposes therein mentioned." (Graham, p22). This Act, provided the foundation of the modern development of the harbour, in the next great trade, the exporting of coal to the Irish market (the port's principal trade is still coal exports, from nearby opencast sites). The Act bestowed on a body of trustees, the legal authority to extend beyond the quayside, with the authority to acquire and build across common or town land whatever roads they deemed essential for improving harbour access (Graham, p21). The railway viaduct as noted by Groome was 3 furlongs above the Auld Brig, 26 ft wide, with 4 arches (each 60 ft span), with a footpath outside the parapet (circular-plan supports remain). Dry Dock now disused, with numerous 20th century alterations.