A Category A Listed Building in Bo'Ness, Falkirk 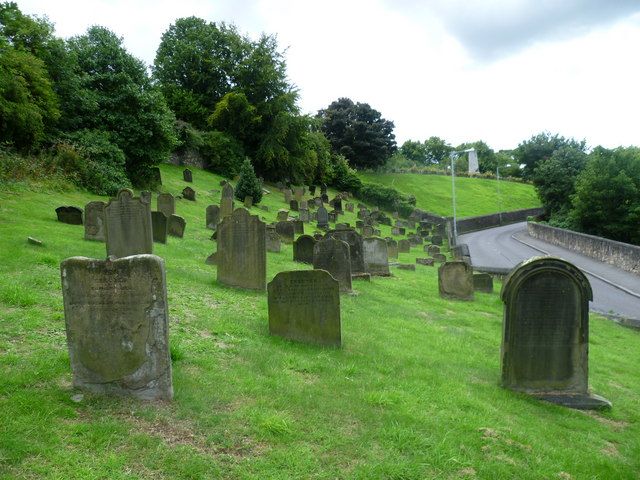 Pair of tall corniced, square-section monuments at entrance with carved friezes and formerly with swagged urn finials, that to W erected 1796 by James Tod to the memory of his parents, that to E commemorating 'Eustatia Harriet Shairp Eldest Daughter of William Shairp Esq Collector of Customs At This Port Who died 15 May 1828 Aged Sixteen Years'.

Gravestones predominantly of 17th and 18th century with many fine relief carvings of sailing ships, mariners instruments, emblems of mortality, various other trades emblems and later inscriptions, including headstone with tri-lobed top dated 1687 and carved with relief of 2 floating angels holding crown over figure climbing out of coffin (E) and angel of the Resurrection holding book and trumpet and trampling on skull and hourglass (W), inscription to Peter Steven and Isobel Maltman. Later plain small granite stone 'Erected by The Sea Box Socy In Memory of Capt John Ritchie who was Boxmaster for Many Years Died 1783'. 1838 memorial to 'Capt James Mackay Treasurer of the Friendly Society of Borrowstouness' with relief carved sailing ship, sextant and anchor

The graveyards flanking Church Wynd originally formed the burying ground of the former Bo'ness Old Kirk. The shore road often flooded at 'Corbie's Point', so Church Wynd was built during the 18th century at the Duke of Hamilton's request. The subsequent division of the burying ground led to the custom for people from Bo'ness to be buried in the Lower (W) ground and those from the Kinneil Estate in the Upper (E) ground. Owing to the parish church at Kinneil being some distance from the expanding seaport of Ness, a church was built at Corbiehall in 1634. The congregations were served by the minister from Kinneil until 1649 when Bo'ness was erected into a full charge. In 1669 an Act was passed declaring the church to be the 'Kirk of the Barony of Kinneil and Borrowstouness'. This Act suppressed the church of Kinneil and its parish and tiends were transferred to Bo'ness. The Duke of Hamilton added an aisle in 1672, the church was rebuilt in 1775 and again in 1820. Sold to the Episcopal Church in 1887, and subsequently to a private company, the building was converted to the Star Cinema by Matthew Steele in 1915, with the addition of an early Modern Movement façade. By 1964 the building was in use as a bingo hall, and was sold for conversion to a store and private dwelling during the 1990s.