A Category B Listed Building in Burntisland, Fife 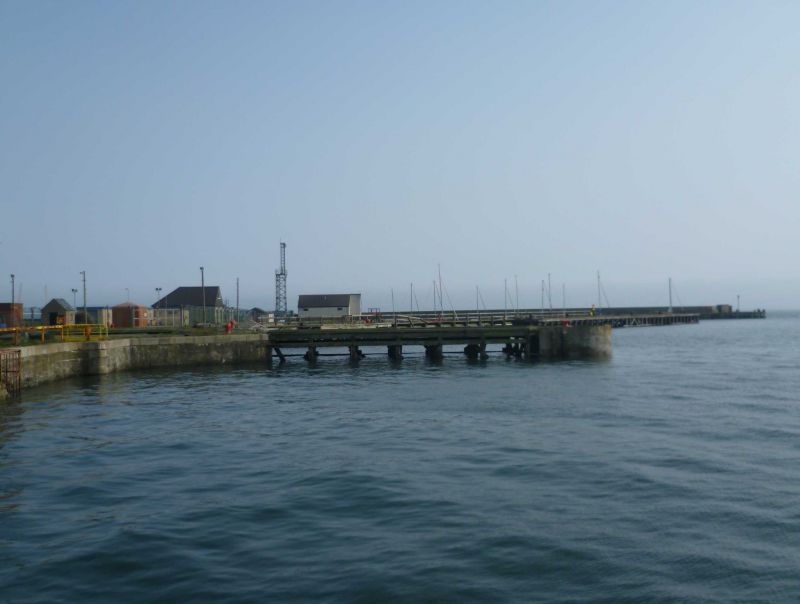 Originally known as Portus Gratiae, Burntisland Harbour was formerly tidal, constantly being improved, with Sir John Gladstone of Fasque funding a low water pier, the Prince Albert Pier of 1844 and the construction of a wet dock (the West Dock) of 5.5 acres opened 1.12.1876 for the export of coal and the East Dock opened in 1900. The chief trade of coal and cattle was enhanced by the opening of the Granton ferry.

In 1795, W Sibbald, Engineer and surveyor, headed a Commission on Burntisland Harbour reporting on the disrepair and suggesting certain improvements; this was followed by reports from Sir John Rennie in 1809 and Sir Thomas Telford in 1828. In 1837 Burntisland was recognised as the ideal 'principal ferry station on the north side of the Forth'. The Northern terminal for the first train ferry service in the world, operated by the Edinburgh, Perth and Dundee Railway Company (later the North British) began operation in 1849 with Sir Thomas Bouch's newly designed loading-ships which lifted wagons by means of a wheeled crane which was lowered and raised depending upon the tide. Five 2-funnelled paddleships carried the wagons while 4 passenger steamers ferried the people.