A Category B Listed Building in Dundee, Dundee 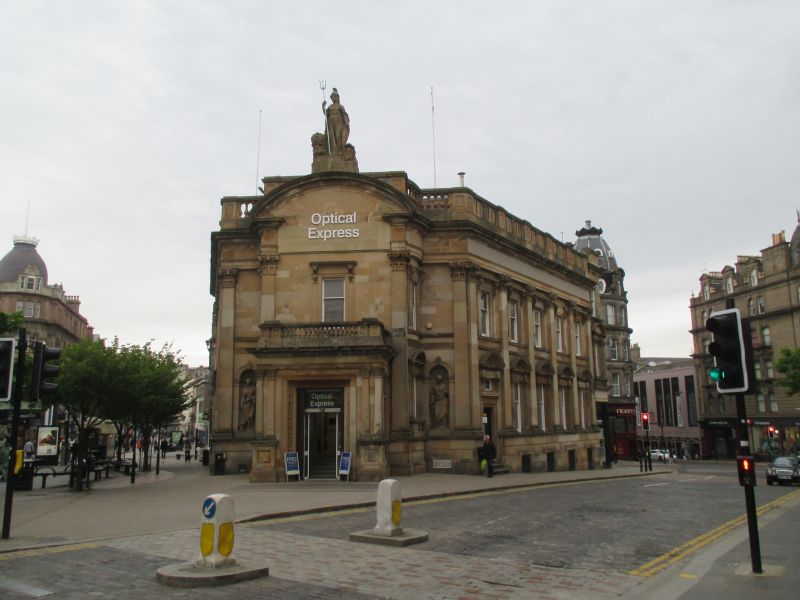 3 windows to 1st and 2nd floors and angles with cartouche at parapet.

Although the west elevation of the bank now faces down the High Street, it was originally masked by the earlier Trades Hall (Samuel Bell, 1776), which was latterly used as the Clydesdale Bank. Much of the original ornament on the stonework as shown on early photographs was removed in the early 20th century.