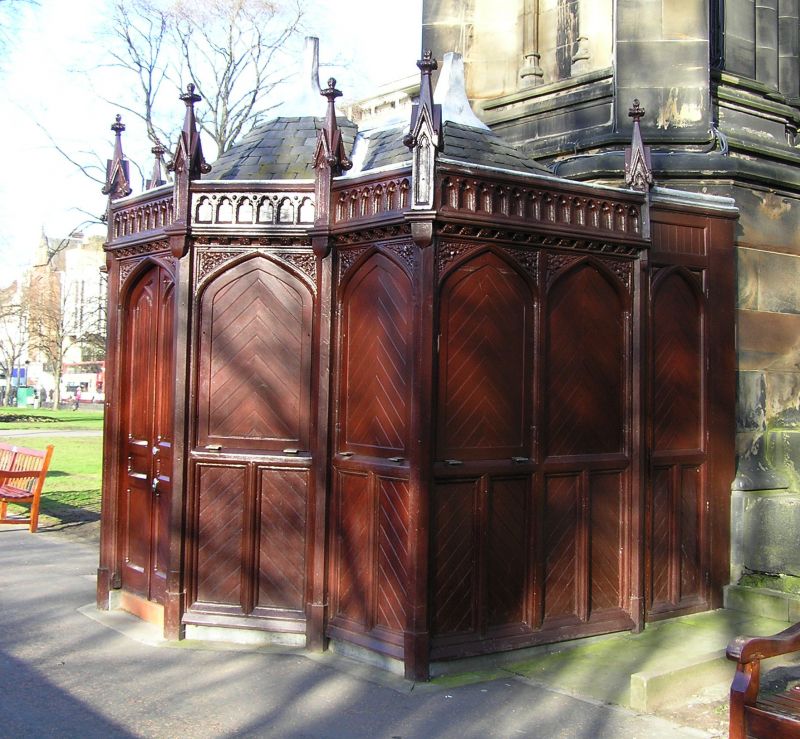 Following Scott's death in 1832 money was raised by public subscription to build a suitable memorial. A competition in 1838 to design a memorial (in which the Gothic style was specified) was won by George Meikle Kemp (previously an assistant to William Burn). Kemp had studied Scottish Gothic architecture, making drawings for a book on the subject, and the design for the monument was based on 'the purity of taste and style of Melrose Abbey.' The monument was originally to have been placed in Charlotte Square. The foundation stone was laid on 15th August, 1840. Kemp was drowned in 1844, and the Monument was completed by Thomas Bonnar (Kemp's brother-in-law). Stained glass windows in the museum room were designed by David Roberts and executed by James Ballantine. Edinburgh Town Council became responsible for the site of East Princes Street Gardens in 1776. William Sawrey Gilpin was paid for a model and plan of a design for the area, but nothing came of it until 1829 when, under the supervision of Thomas Brown, some groundworks were done and an ornamental terrace, originally proposed by Playfair, was built along the Princes Street side. Planting of trees and shrubs was laid out for the terrace and slopes by Patrick Neill in 1830. The terrace was widened to accommodate the Scott Monument (1836-46). David Cousin 1849-50 (after construction of railway) terrace with stone balustrade, and further after the extension of Waverley Station W of Waverley Bridge in 1892.