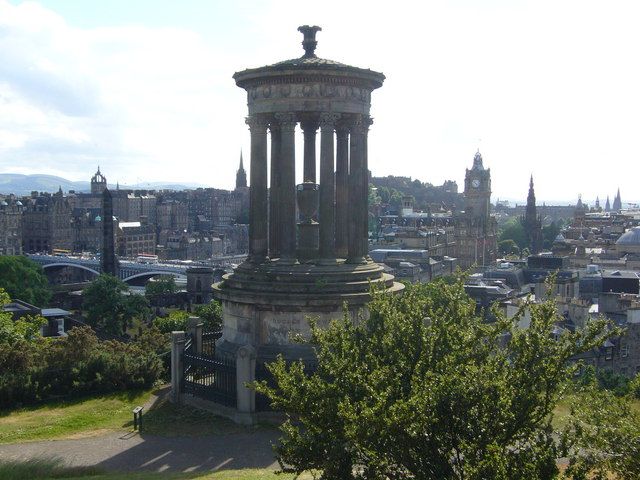 The Dugald Stewart Monument is one of the best known landmarks on Calton Hill and plays an important part in the aesthetic composition of the hill, due to its prominent position. It is also significant as a characteristically high quality example of the work of W.H.Playfair, one of Scotland's most eminent early 19th century architects. The use of the Greek style is also important, as it contributes to the canon of Greek Revival architecture for which Edinburgh in general, and Calton Hill in particular, are renowned.

Professor Dugald Stewart was Professor of Moral Philosophy at Edinburgh University from 1786-1828. Considered one of the foremost philosophers of his time, he also taught economics, natural philosophy, Greek and logic and was the author of several works of philosophy, including Philosophy of the Human Mind. The monument was commissioned by the Royal Society of Edinburgh, and the prominent site selected by "persons of unquestionable judgement and taste". The Council granted permission for the monument in August 1830, and it was completed by September 1831. The original railings and stone piers forming the enclosure around the monument were removed at an unknown date.

Playfair's design for the monument is based on the Choragic Monument of Lysicrates in Athens. It is likely that the discreet reference to a choragic contest is significant, as Stewart was a renowned orator. The form of the Choragic Monument in Athens had become more widely known through its illustration in Stuart and Revett's Antiquities of Athens, published in 1762. A contemporaneous version of the monument, Thomas Hamilton's Burns Monument (1830-32; see separate List description) can be seen nearby on Regent Road. Hamilton also based his Burns Monument in Ayr (1820-3; see separate List description) on the Choragic monument form.