A Category A Listed Building in Fortrose, Highland 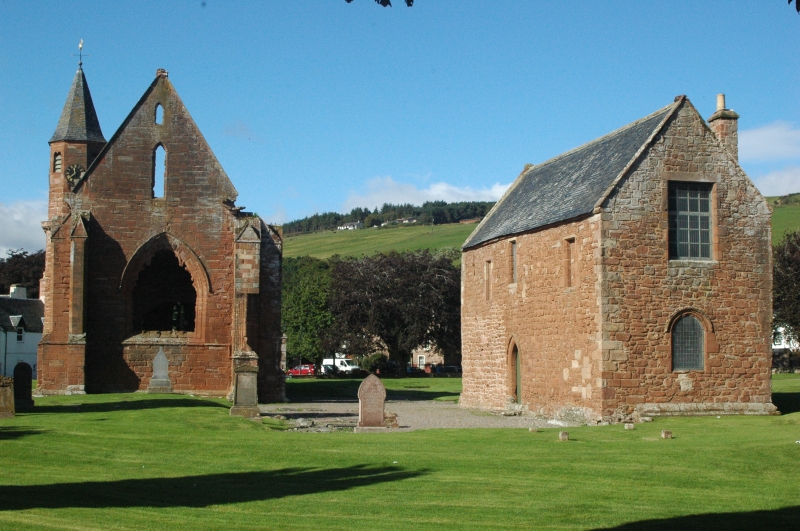 narrower than east bays; in re-entrant angle bell/clocktower, square-plan changing at angles by offsets above base to octagon;

later octagonal spired roof. Arcade to north with piers of

clustered shafts and pointed arches. Remains of tracery in

15 century onwards including notable ones to Mackenzies of