A Category B Listed Building in Langside, Glasgow 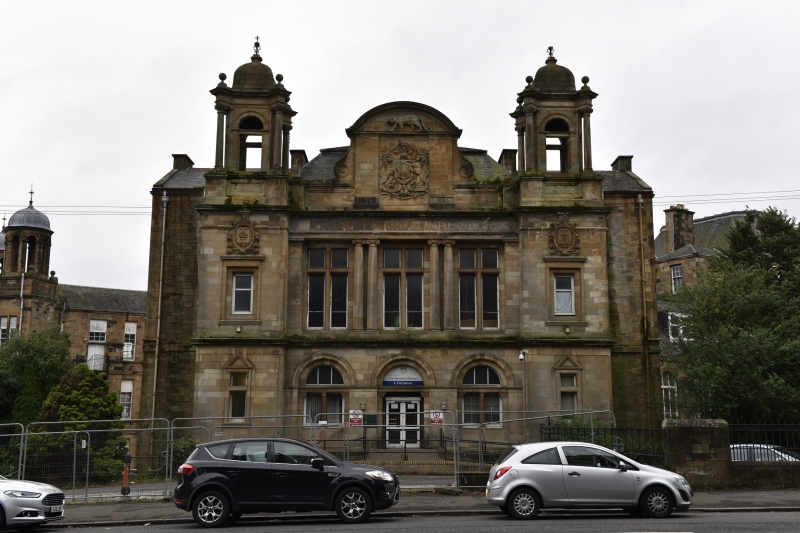 Variety of glazing patterns, including some 3-over 2-pane timber sash and case windows to rear; some fixed timber windows and some non-traditional replacement windows. Grey slates, gable stacks.

The 1890 administration block of the Victoria Infirmary is a distinctive Renaissance style building which presents a grand and imposing entrance to the hospital complex. The street elevation of the building has a number of distinguishing classical architectural details including the symmetry of the building, the round-arched windows, the paired columns and the prominent open cupolas. Situated at the western entrance to the hospital, its grand decorative street elevation adds significantly to the surrounding area.

A new hospital for the southern part of Glasgow city was first proposed in 1878, as the population in this part of the city was rising and there was insufficient medical provision. A competition to design the new hospital was won by Campbell Douglas and Sellars of Glasgow. Their plan was for a series of pavilion ward blocks which could be built gradually as money allowed. As a voluntary hospital, building could only advance once sufficient donations had been supplied. Before the advent of the NHS in 1948, many of the larger teaching hospitals relied on donations and legacies to enable them to care for the poor sick. This administration block was one of the first buildings on the site, together with one pavilion to the west and a nurses' home. The hospital gradually expanded during the course of the early 20th century and the last ward block was built in 1927. A new nurses home and a wing for paying patients of limited means, were added to the site in 1935. In the 1960s, a number of other buildings were added, including a laboratory block and a new mortuary.

Campbell Douglas and James Sellars was a Glasgow architectural practice dating from 1871 to 1888/9. They were a very successful practice particularly in the latter part of the 19th centuy. Their projects included commercial works and large public buildings.