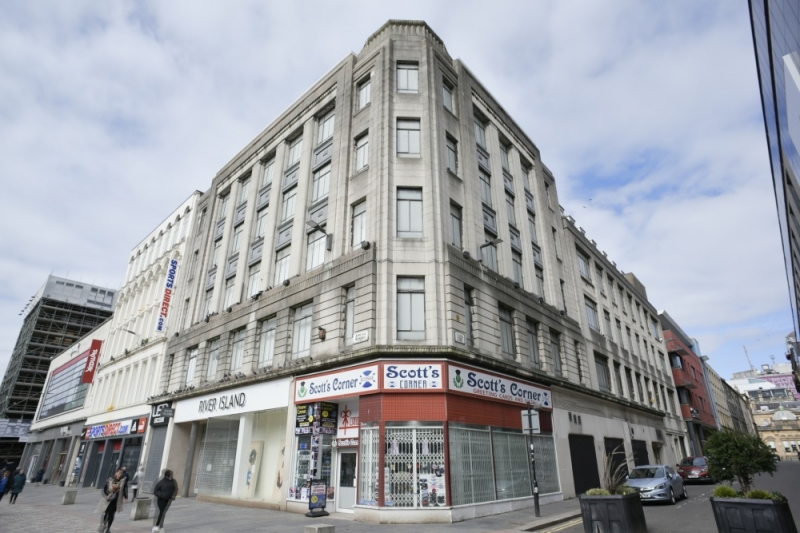 16-32 Argyle Street is a well-detailed example of a large inter-war retail store designed for Marks and Spencer. The building is prominently located on a corner site in the centre of Glasgow. Its exterior retains many good original Art Deco detailing such as the chamfered corner and parapet detailing creating a corner tower. 16-32 Argyle Street was constructed as part of this expansion to replace Marks and Spencer's nineteenth century premises at 32 Argyle Street. The design of the stores reflects Marks' new retail ideology through the use of large open floorspaces devoted to retail and large panes of plate glass to provide better light and display the goods for sale.

From the 1920s competition between variety retail stores increased with the growth of multiple shop branches throughout the Britain. Retailers were restricted from competing by price and therefore had to utilise the architecture and design of the store in attracting customers. In 1924 Simon Marks, Chairman of the Board, undertook a fact-finding trip to America in which he learnt the 'value of counter footage and how in the chain store operation, each foot of counter space had to pay wages, rent overhead expenses and profit' (Gregory). From 1926 to 1930 Marks and Spencer expanded rapidly; updating and extending 40 existing shops and opening 56 new stores, of which 16-32 Argyle was an example.

Marks and Spencer began as a partnership between Michael Marks and Thomas Spencer in 1894. Spencer was a cashier at the Leeds wholesaler Issac Dewhurst who supplied Marks' chain of Penny Bazaar market stalls, the first of which was established in 1884 at Leeds Kirkgate Market. By 1903 Marks and Spencer Ltd was a registered firm, with a purpose built warehouse and headquarters in Manchester and a number of permenant shops. Michael Marks' son, Simon, became chairman of Board in 1915, controlling what had become a national chain of stores. Under his leadership the company continued to expand, increased exports and adopted a revolutionary policy of buying direct from the manufacturer in order to minimise costs but ensure quality.

The practice of J M Monro & Son began in 1893, when Charles Ernest Monro became a partner of his father's, James Milne Monro, private practice established in 1872. The practice concentrated on hotel and industrial work, including the Royal Hotel, Campbelltown (see separate listing). After James Milne Monro's death in 1921, the practice was chiefly involved in the design of department stores. Monro was responsible for all of the Marks and Spencer buildings in Scotland, including Paisley (1931) and Stirling (1934).