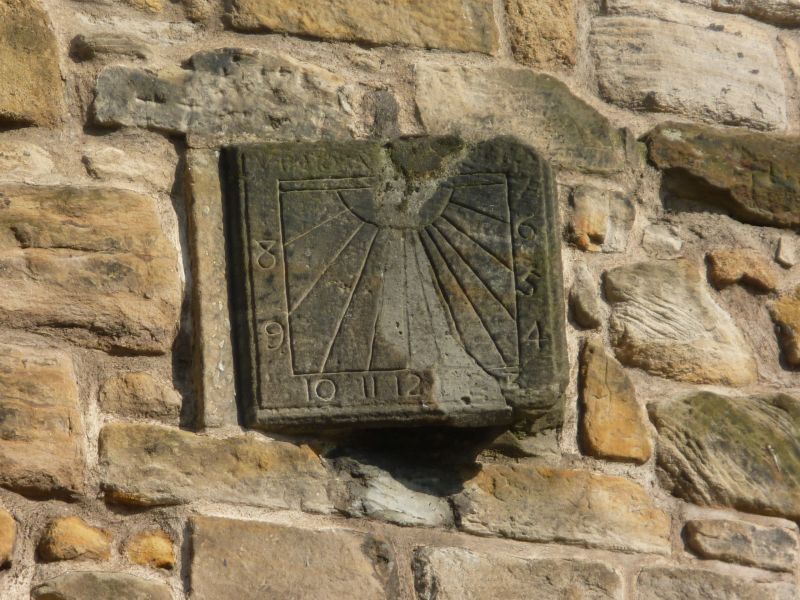 1471 with extensions to W of 1670. 3-storey and attic former manse. Rubble sandstone, squared for quoins and margins; chamfered arrises to most openings.

REAR ELEVATION: extended 1670 to S by gabled stair block (dated and initialled on sundial on S side); 2 further gabled bays added to W at N end, mid-17th century, and linked to 1670 addition by bay with wallhead stack; irregular openings in variety of sizes; roll-moulded surround to doorway off-centre to left.

N ELEVATION: formerly crowstepped, but lost when abutted by tenement in 1840s (demolished in 1980); blank masonry, with 2 large modern windows to left.

S ELEVATION: blank gable end of 1471 with wallhead stack; weathered coat-of-arms of Andrew Muirhead on club-skewputt to E. Extension to W of 1 bay, with doorway inserted across former angle (now blocked), and windows to each bay. Sundial (see above) set on former quoin.

RAILINGS: Iron railings with mitre and shield finial and pedestrian gate, at SW.

Built in 1471 by Andrew Muirhead, Prebend of Barlanark (Bishop of Glasgow 1455-73). Last surviving example of late medieval domestic urban architecture, and of the prebendal manses of the cathedral. Later the manse for the neighbouring St Nicholas Hospital; W extension of 1670 by William Bryson whose initials are set on the sundial to S. Mid 1840s tenement demolished 1980. Former lean-to hangman's house demolished this century. First restored 1906, by the then formed Provand's Lordship Society, and most recently in 1983. Re-roofed 1978. Collection of fine 17th century Scottish furniture.