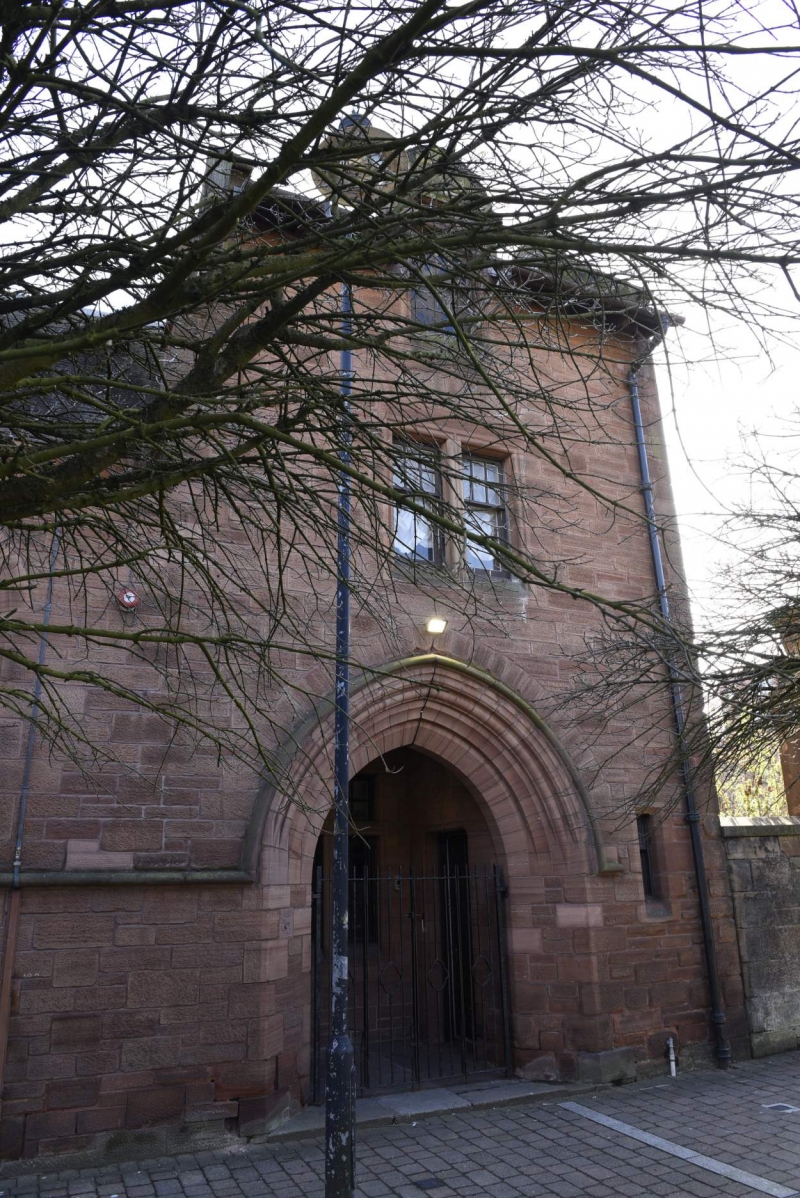 Place of worship no longer in use as such.

Barony Hall is an important and substantial example of Scottish church architecture at the peak of church construction in the second half of the nineteenth century by a renowned Glasgow based architectural practice. The interior of the church which has been largely unaltered, is characterised by soaring arches and fine stonework detailing in the early English style. The detailing of the interior is an interesting contrast to the solid massing of the Gothic exterior. The plan form is unusual for a church of this date, with narrow side aisles and chapels accessed from the nave. The church is prominently sited on a corner and its substantial massing makes the building a significant landmark in the area.

The Barony Church was designed to replace a church built in 1793-1800 by John Robertson to designs by Robert and James Adam which had fallen into a state of disrepair. John James Burnet and John A Campbell won the competition for church judged by the church architect John Loughborough Pearson. Their entry was in the Gothic style, favoured by by Pearson. The south appears to have been modelled on Dunblane Cathedral with 3 lancets flanked by buttresses and the interior inspired by Girona Cathedral with nave wider than chancel. When their design was selected there was concern, particularly from the unsuccessful competitors that the final cost would exceed the budgeted £13,000. Their critics were proved correct and the minister Dr John Marshall, embarked on a fundraising campaign. The first sod was cut by Mr Crerar Gilbert of Yorkhill on 17 January 1887 and the memorial stone was laid on 15 June 1887. The completed church was dedicated on 27 April 1889. The elaborately detailed fleche was added during the construction as it is not shown in the original perspective drawings.

It seems probable that J A Campbell was responsible for the design, as his earlier Shawlands Old Church, 1885-8 (see separate listing), bears similar features, notably the reference to Dunblane Cathedral in the form of the W end. Between 1886-1897 John Archibald Campbell was a partner in John Burnet and John James Burnet's architectural practice John Burnet & Son. The practice were responsible for many renowned private and public commissions including the new Glasgow Athenaeum, Ewing Gilmour Institute, Alexandria and Baronald, Lanark (see separate listings). They also designed several churches including St Molio's Parish Church, Arran and Arbroath Parish Church (see separate listings).

The church was acquired by the University of Strathclyde in February 1986, for use as examination and graduation hall. The Principal of the University at this time, Sir Graham Hills, considered that it was the University's responsibility to patronise its surrounding by rescuing buildings of quality when the opportunity occurred. A £2.5 million extensive restoration project was undertaken informed by feasibility studies prepared by David Leslie of Walter Underwood and Partners and later David Leslie Partnership. Completed in 1995 this work included extensive fabric repairs, alterations and an extension to form winter garden and processional walkway. The former church session house is now a meeting and VIP robing room. The restoration won several awards including a Europa Nostra and the Glasgow Civic Trust award.