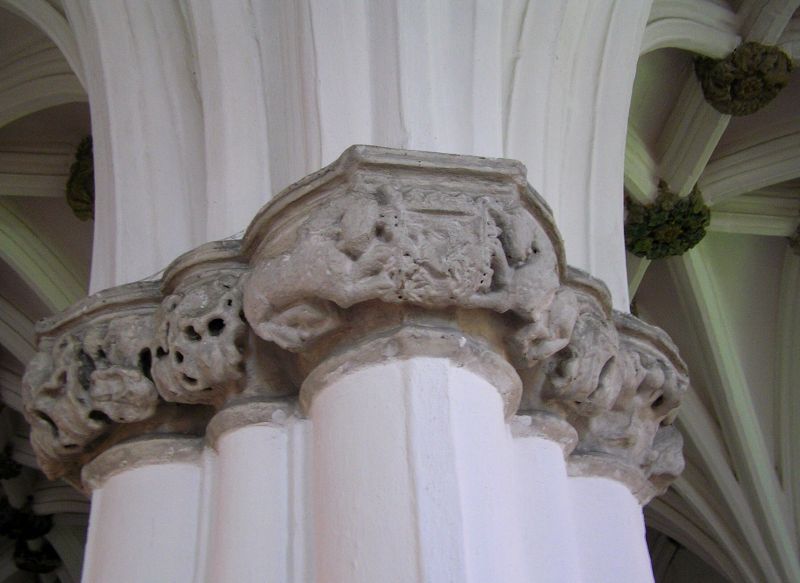 The building history of this great cathedral is long and complex with at least four or five campaigns of building from the early 12th century to the early 14th century by which time the main body of the cathedral was complete. The spire and Blackadder aisle were not completed in their present form before the 15th century. A new cathedral to serve the diocese of Glasgow was begun circa 1118 and consecrated in 1136. A further series of building works took place in the 1180s prior to its second consecration in 1197. Fragments of this early building survive in the southeast part of the crypt. The major campaigns of building for the present cathedral began around 1200, but by 1240 a new and grander layout was adopted and work on the crypt and choir begun. Also at this time work started on the Blackadder aisle, only to be abandoned until completion by Archbishop Blackadder between 1483 and 1508. The last decades of the 13th century saw building work restart on the nave, the choir being complete by that date. In the early years of the 15th century a serious fire damaged the chapter house necessitating extensive repairs, and destroyed the original timber spire. This was rebuilt in stone by the mid-15th century.

Though surviving the Reformation in a virtually intact state, despite internal subdivision to form three parish churches, the cathedral had its most significant alteration in the 19th century. The two symmetrical towers flanking the west end were demolished 1846-8, and the great west window (first opened by David Hamilton in 1812) recast by Edward Blore. By the mid-19th century the interior was returned to its unified state with many new fittings, completing work begun in the choir by William Stark in 1805.

STAINED GLASS: between 1936 and 1967 the whole nave and choir were fitted out with stained glass windows by Scottish and British artists replacing the mid-19th century glass designed by the Royal Bavarian Stained Glass Company; only a few small lights from this scheme survive in the sacristy and southwest porch. A full description of the building history of the cathedral is found in the Official HMSO Guidebook.

BOUNDARY WALLS AND RAILINGS: Cast-iron spearhead railings and coped walls define boundaries to graveyard. Many good tombs and monuments dating from the 17th century, some set into boundary walls.

In accordance with Section 1 (4A) of the Planning (Listed Buildings and Conservation Areas) (Scotland) Act 1997 the following is excluded from the listing: scheduled monument SM90150.

Ecclesiastical Building in use as such. Guardianship Monument. The cathedral is dedicated to St Kentigern or Mungo, his tomb is in the crypt. Statutory address and listed building record updated in 2017.