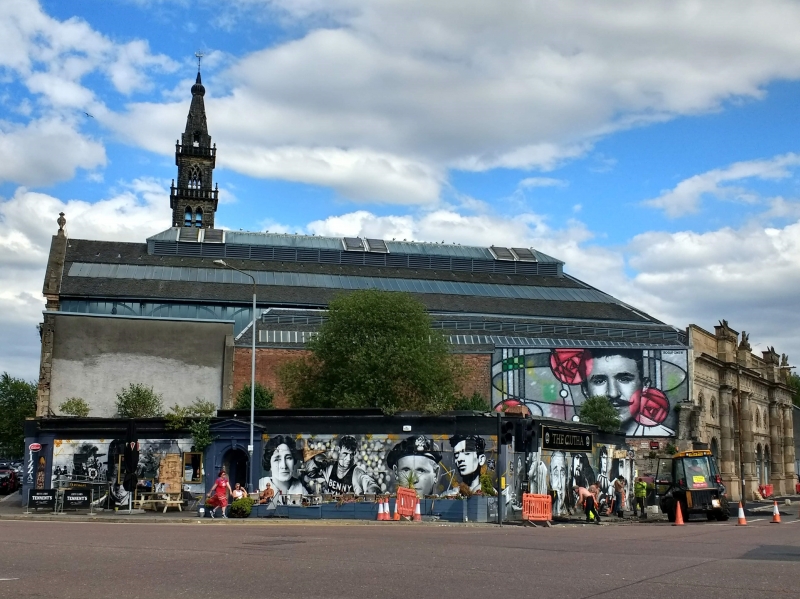 Clarke and Bell, 1873. Former fish market on the site of the Merchants Guild Hall (now demolished) and enclosing the 17th-century Merchants steeple to NE (see separate item). The site is an irregular triangle and consists of the Main Hall which has an elaborate cast-iron interior

and the E halls of plainer construction and circa 1889 date by John Carrick, architect. The whole fish market was internally redesigned 1987-8 around the original structural features as a shopping centre.