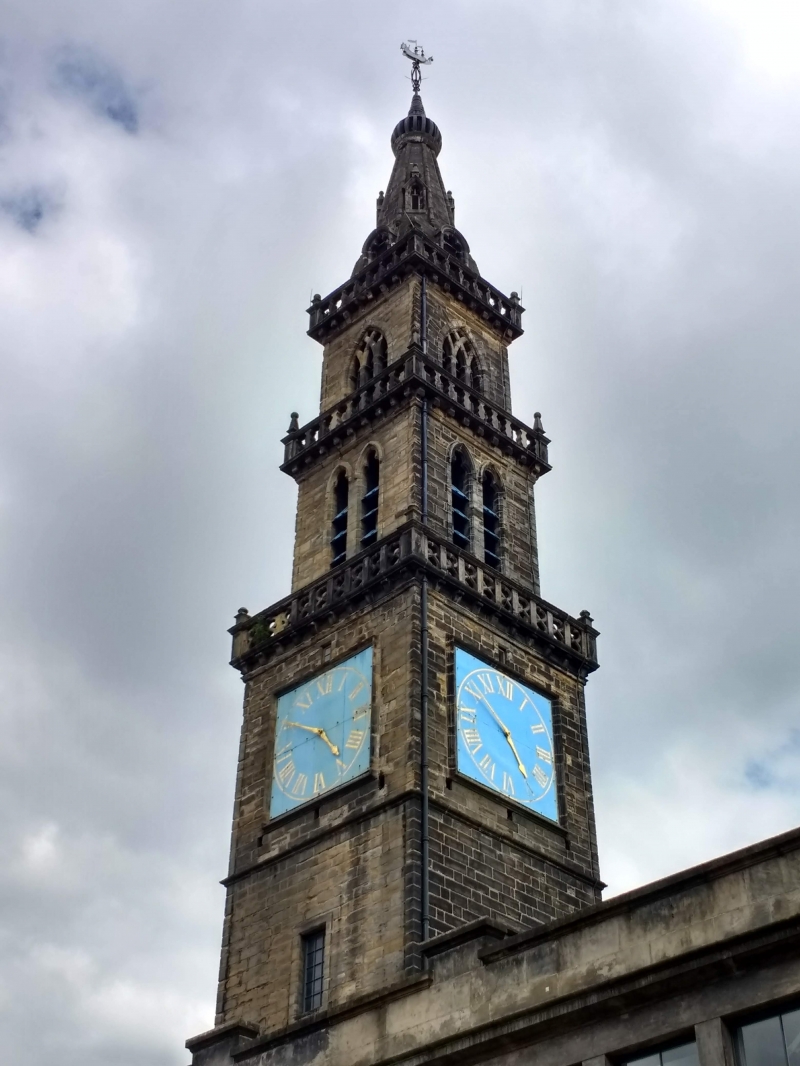 Completed 1665. The tall tower of the Merchants Steeple is all that remains of the Merchants Guild Hall and Hospital, built 1659 and demolished in 1817. The tower, which formerly adjoined the S wall of the tall 2-storey Merchant's House was later incorporated into the 1873

INTERIOR: at present access to the tower is by an opening in the S wall, plainly originally only a window by its incomplete dressings and narrow dimensions. The basement has a wide blocked arched opening, presumably once giving access to undercroft of Merchant's House. A wide newel staircase occupying whole floor space rises through 2 floors. To the N wall at ground a handsome and elaborately roll-moulded door, and to 1st a large arched doorway with steps both now blocked but once giving access to Merchant's House. At 1st floor a

complete row of corbels to E wall; corresponding row to W interrupted by the rise of the newel stair. This awkward arrangement and the different tooling and character of the stone stairs at this point would indicate some changes to floor plan at this level. At 2nd floor a timber step ladder rises to give access to intramural spiral stair in NE angle rising from 3rd to 4th floor. In addition a series of timber stairs rise around open well to top of the tower. Most probably just such a timber stair was part of the original arrangement, a series of corbels placed across angles may have given support for a stair (or internal scaffolding). Above 1st floor level there are windows to each face, at 4th floor there are large clock faces. Apart from the one roll moulded door most openings have plain internal dressings, one piece of chamfering and a worked corbel are found at basement level. There are no surviving internal fittings, a large panelled ?18th century door has at some time been fitted to close off the stair at 1st floor.