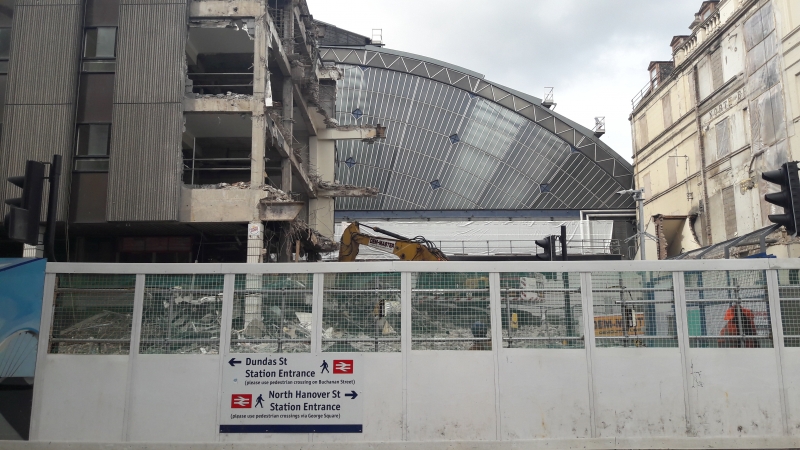 offices to S, SE and SW.

The original station was opened at Queen Street in 1842 by the Edinburgh and Glasgow Railway. The early ancillary buildings have been demolished (see Hume), and the 1880 shed is the surviving representative of the impact of the Victorian railway boom at Queen Street Station; it was built for the North British Railway Company, partly out of competition with Central Station which had expanded by 1879. Arched sheds of note were also to be found at St Pancras, Manchester, and Charing Cross, London; Queens Street is the only remaining large single span overall station in Scotland. The North British Hotel, George Square (now the Copthorne) was opened in 1905, and is