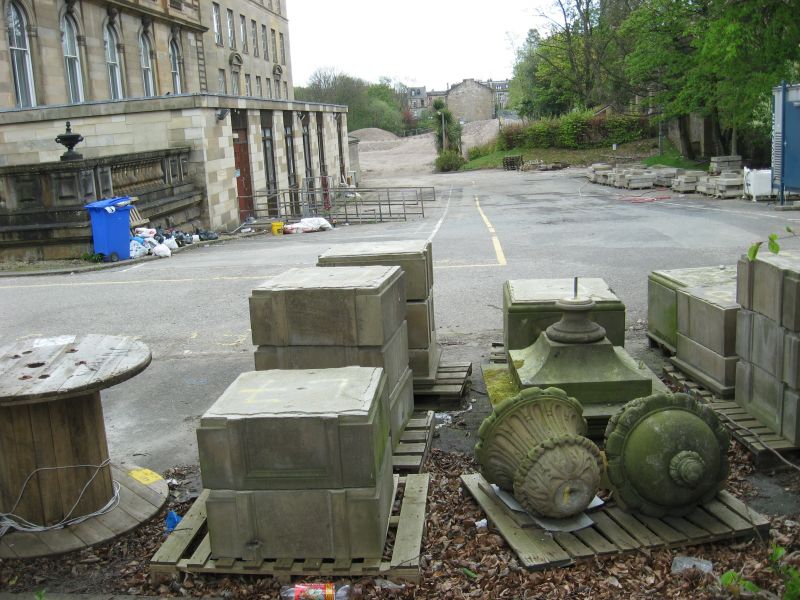 Begun by JT Rochead in 1869, North Park House was completed in 1871 by John Honeyman as a private residence. It was purchased in 1884 by the philanthropist Isabella Elder and gifted to Queen Margaret College, Glasgow's higher-education institution for women. Arts courses were initially taught at the house from autumn 1884 and, from 1888, after the addition of a laboratory, sciences were added. Glasgow Royal Infirmary admitted female medical students for the first time in 1890 and a medical school was then established at the College. (Mackintosh Architecture)

Queen Margaret College was incorporated into the University of Glasgow in 1892, and continued to exclusively provide higher education of women. In 1895 the firm of John Honeyman & Keppie were responsible for the design of the two-storey yellow sandstone building with a tower, which greatly improved the college's medical school facilities. This new 'Anatomical Department' was purpose-built for the teaching of a university-level medical curriculum for the College and provided all the necessary equipment. In architectural terms, there is good stylistic evidence that Charles Rennie Mackintosh was involved in the design of this building (Mackintosh Architecture).