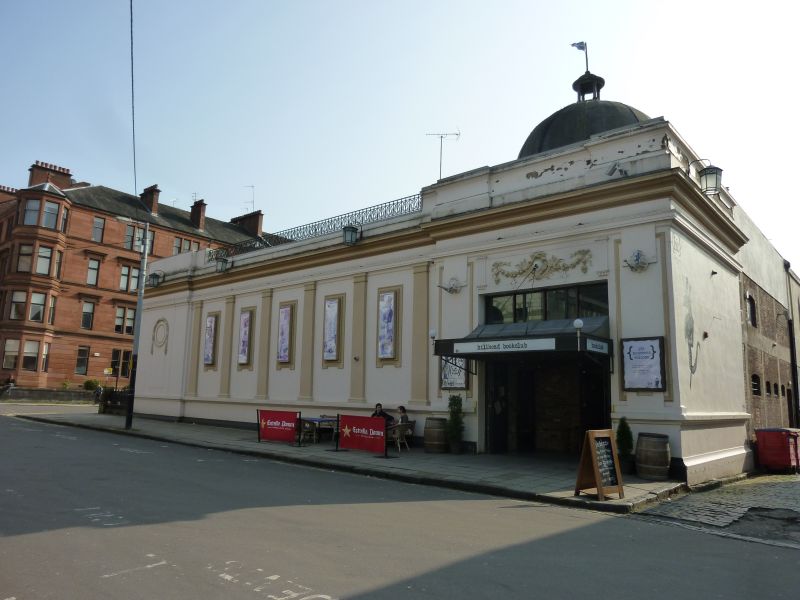 Opened in October 1913, the Former Hillhead Picture House is a rare very early cinema survival with fine interior plasterwork. One of only two cinemas known to have been constructed using the fireproof Hennebique Ferro concrete System, even its screen was simply made of cement, and the combination of this early exposed concrete structure with the remarkable decorative plasterwork makes the ceiling treatment and roof structure in particular very special.

The Hillhead Picture House was built as part of the first wave of British picture houses constructed after the Cinematograph Act was passed in 1910. The Act stipulated that the projection equipment had to be physically separated from the auditorium in order to protect the audience from the risk of fire, due to the flammability of nitrate film. Less than 10 purpose-built cinemas constructed in Scotland prior to the outbreak of the First World War are thought to survive. As a developmental stage within the history of this building type, these early purpose-built cinemas are of particular significance.

Originally designed with 630 seats in the auditorium and 133 in the small balcony, the plans include a 'stall for sweets' at the rear left of the stalls. The following article appeared in The Entertainer and Scottish Kinema Record of 4 October, 1913, p14: "In the aristocratic neighbourhood of Hillhead, we are to have a luxurious picture house.....Seating accommodation will be provided for 500 persons. The building ........will be handsomely furnished. A pretty colour-scheme of rose de barry and blue has been adopted. The architect is Mr George M Brand. The best pictures the world can supply will be projected in the most up-to-date fashion. Mr Herr Iff's celebrated orchestra will provide the music, an attraction in itself". As well as all this, it also served tea and biscuits to its patrons during the afternoon.

James McKissack's alterations of 1931 were presumably to add sound facilities, and Burnet and Boston, in 1940, altered the seating capacity. By 1969 the building was in poor repair, and new owners Fyfe and Fyfe, closed it for renovations which included replacing the original, leaking dome. The cinema, now The Salon, re-opened with The Sound of Music in April 1970. The Salon closed on 12th October 1992. Despite a campaign to re-open it as a cinema, it remained empty until it was converted into a Littlejohn's Restaurant in November 1999. After further alteration in 2001, the building was again altered in 2007. It re-opened on Friday 20th July 2007 as The Salon, with a restored interior revealing most of the original ceiling, a set of false illuminated windows forming a focus at the screen end, and a simplified reproduction of the original canopy above the entrance.

List description updated and category changed from B to A as part of the Cinema Thematic Study 2007-08.