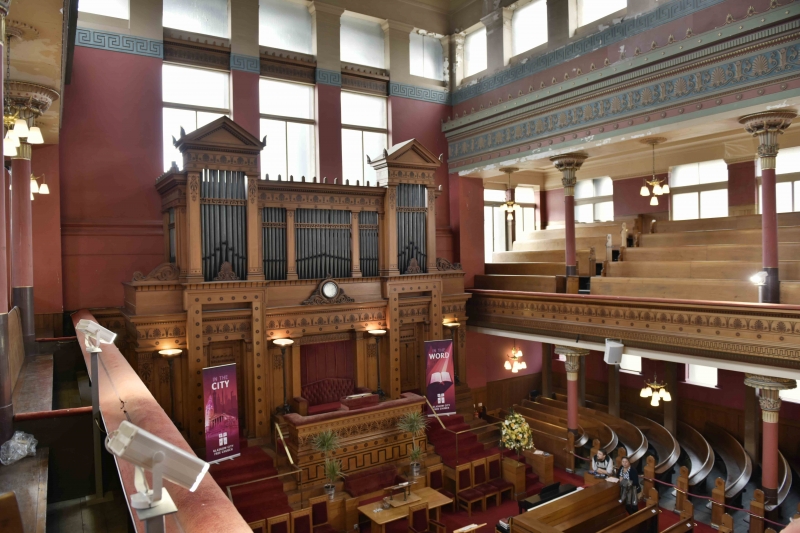 INTERIOR: unusual internal arrangement - the floor of the church is contained in the upper part of the substructure, only the gallery level and above are within the "temple". Galleries and clerestory supported

Built as United Presbyterian Church. From 1890 to 1929 it became a United Free Church, latterly Church of Scotland and now a Free Church. It is the only complete church by Alexander Thomson to survive.