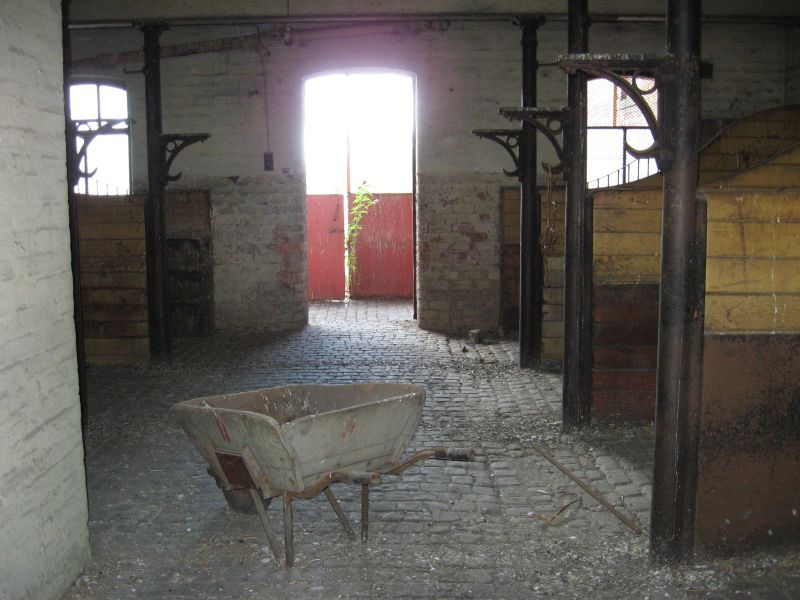 The former Glasgow Corporation Cleansing Department building is a rare surviving example of a building of this type, incorporating multi-storey stabling and horse ramps. The building makes a significant contribution to the streetscape prominently positioned on a corner site in the centre of Glasgow. The building exhibits good stonework detailing including ashlar band courses and long and short ashlar dressings to openings.

The building was designed to accommodate the Cleansing Department's horses, carts, harnesses and fodder. Carts were stored on the ground floor with stables on the upper floor. The original horse ramps rising from the ground floor to the third floor remain together with the cast-iron and timber horseboxes to the stables. The original plans indicate that the pend was flanked by foreman's offices, above which were general stores and a drying room and at 2nd floor a boiler house and saddlery. At the 3rd floor were living quarters, accessed by a separate stair with an entrance to Bell Street. The upper floors of the SW block originally accommodated a granary and hay loft.

The City Cleansing Department was established in May 1868 however from the early nineteenth century the police had been responsible for cleansing the city and maintaining the public streets. In 1895 the police authority merged with the council becoming the Corporation of the City of Glasgow. Functions, such as street cleaning and maintenance were taken over by the Corporation. Horse-drawn vehicles were the main method for refuse collection and street cleaning until after WWII. The building continued to provide stabling for police horses until the early 1970s and is currently used as a depot for Glasgow City Council's Land and Environmental Services.

A W Wheatley was Glasgow City Engineer in the 1890s, working in Glasgow Office of Public Works Architectural Department (later Glasgow Corporation City Engineer's Department). Wheatley also designed the cleansing depot in Sawmillfield Street in 1899 (largely demolished), but he may have also been involved in other buildings for the cleansing department around this time.

Category changed from C(S) to B and list description updated 2012.