A Category B Listed Building in Dennistoun, Glasgow 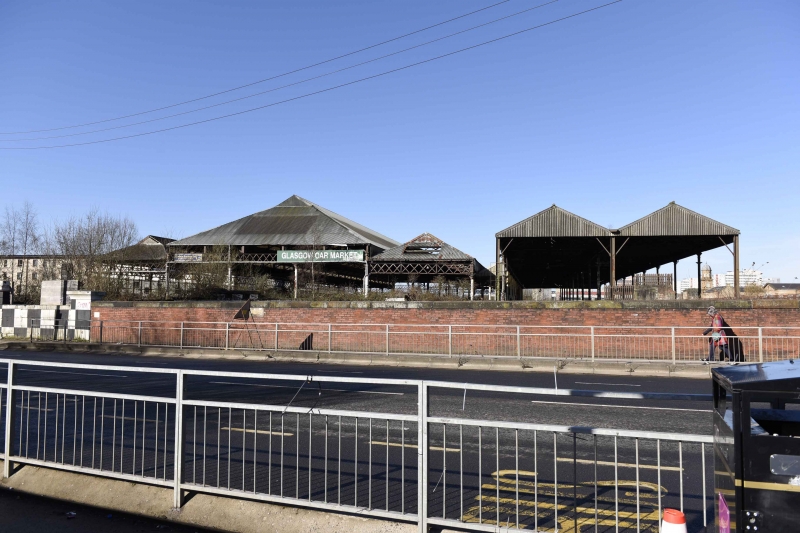 GATEWAY in to the above, terminating N end of Graham Square, is a columned enormous centre gateway, with flanking pedestrian openings; all cleaned ashlar, with channelling; alongside, on W side of Graham Square, the retained, painted ashlar facade of the MEAT MARKET (c.1875). Classical, also with giant order 2 colossal frames to round-arched gateway, parapet conceals roof (now removed); another gateway of similar type and scale straddles Moore Street, to W; a smaller heavily- rusticated gateway is on the channelled ashlar boundary wall to Bellgrove Street.

As completed on opening on 3 October 1911, the complex was huge, enclosing the greater part of Graham Square, Moore Street (its line becoming the "Main Passage") and Armour Street, with pens, lairages and killing rooms extending so far as Duke Street. There were also facilities such as baths, and a gymnasium, while The North British Railway line ran directly underneath.