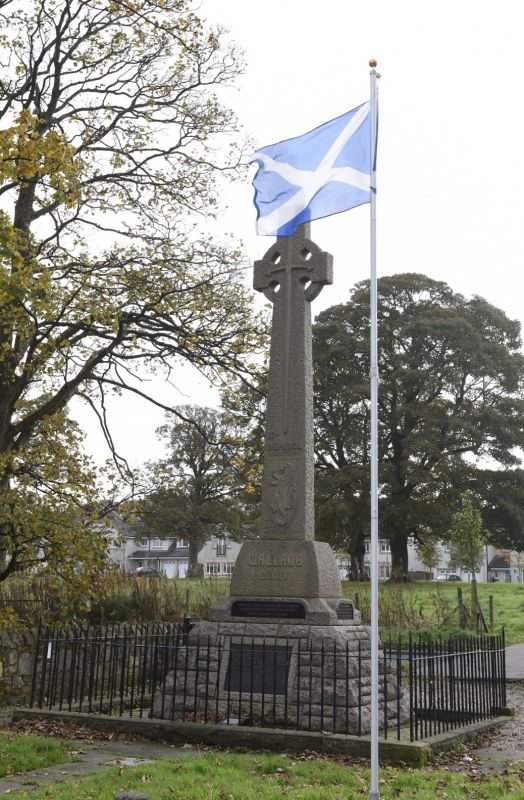 Monument at roadside erected 1900 to mark reputed site of house in which Sir William Wallace, Guardian of Scotland, was betrayed in 1305.

Tall pink granite cross executed by McGlashen, sculptors, Edinburgh (signed); form (though not the detail) derived from St Martin's cross, Iona. Raised high on granite plinth and enclosed by plain iron railings. Site is an inset in to field, farm dyke has been breached and rebuilt around monument, and given slender, pink ashlar square piers re-used form elsewhere.

"This memorial erected 1900 AD by public subscription is to mark the site of the house in which the hero of Scotland was basely betrayed and captured about midnight on 5th August 1305 when alone with his faithful friend and co-patriot Kerlie who was slain."

"Wallace's herioc patriotism as conspicuous in his death as in his life so roused and inspired his country that within nine years of his betrayal the work of his life was crowned with victory and Scotland's independence regained on the field of Bannockburn."

"We are not here to sue for peace but to fight for the freedom of our country'/Wallace at Stirling Bridge."

There is also a verse taken from Burns' works.