A Category B Listed Building in Kilmarnock, East Ayrshire 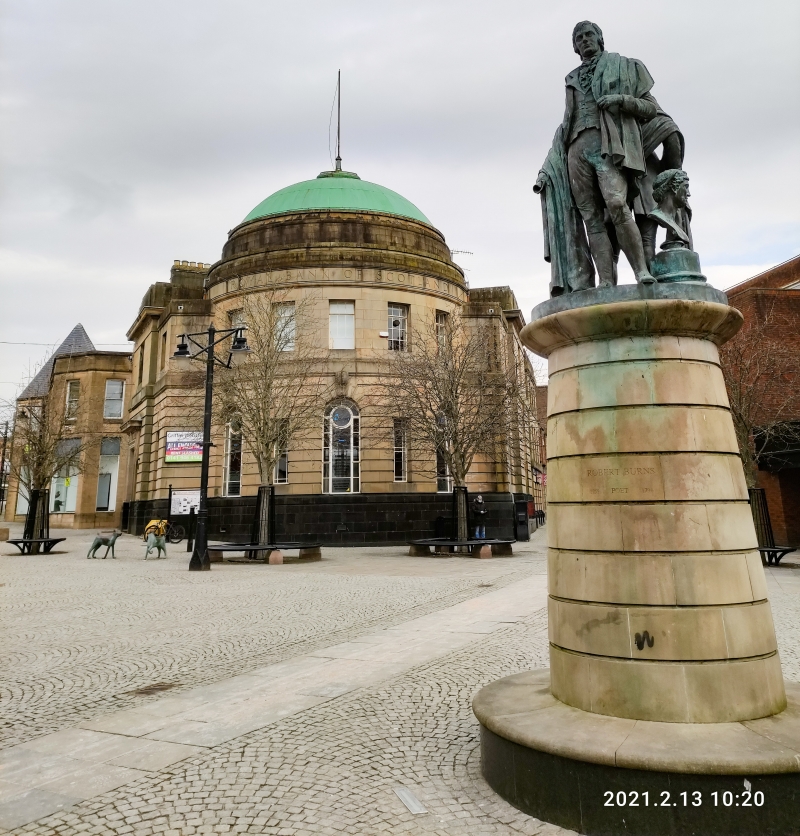 Now the only listed building within the immediate area of The Cross, the centre of the town. Originally, the building on this site was of similar shape, but comprised of 3 or 4 separate smaller buildings of similar style also forming a gushet. The left and centre of the site was home to the exchange buildings. Later, the angle building was, for many years, home to Wm. Rankin's Wine and Whisky Shop. This local producer of whisky was already long established by the time Johnnie Walker set up his business in 1820. He was so well known for his "Rankin's Kilmarnock Whisky" that when new owners took over, their advertising board read "Successors to Wm. Rankin & Sons". By the earlier 20th century, the site was still in use as a wine and spirit merchants, James Bryce and Sons. The corner site was bought and instead of refurbishment, a new building was created. Unlike many of the buildings in Kilmarnock, designed and built by and for local businesses, this building was purpose built as "The Cross Branch" of the Royal Bank of Scotland by the architectural firm Dick Peddie, Todd & Jamieson of Edinburgh. The builders were a firm from Glasgow by the name of Thaw & Campbell. The joinery work was carried out by Scott Morton & Tynecastle, of Edinburgh. The office fittings were by Wylie & Lochead, Glasgow. The interior was very impressive with the focus of the banking hall being the ornate mosaic floor with a 1939 three penny piece at its centre. It was built as a flagship branch. Administration offices were located on the first floor. The building is no longer in use as a Royal Bank and was, most recently, a Ladbrokes betting shop. The building is currently unused. Listed as a good example of a 1930's bank and for its focal point within the overall townscape of Kilmarnock.