A Category A Listed Building in Renfrew, Renfrewshire 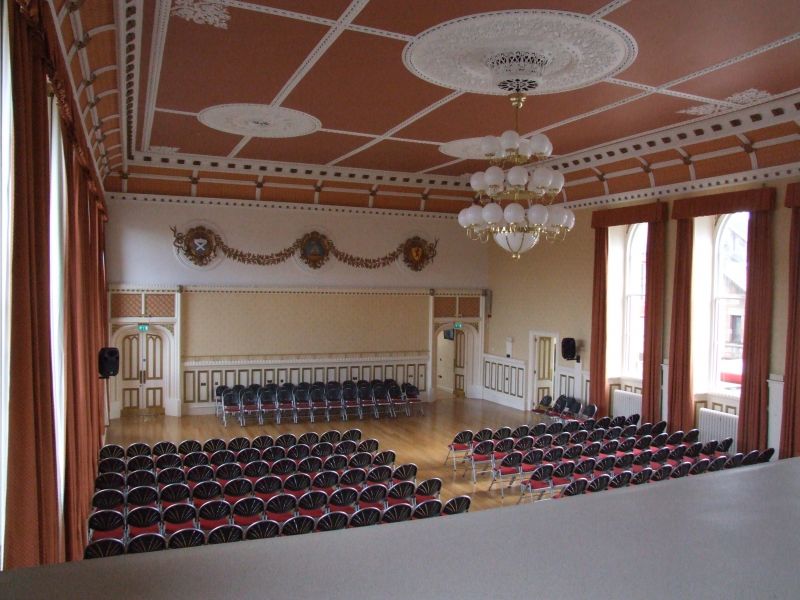 NORTH ELEVATION: tower to left, with 2-light lancet at ground, located as first floor lancets on east elevation. Date panel 1871 above. Rest of tower as on east elevation. 2-storey, 8-bay range to right has window and door and 5 windows and door at ground. Windows single lancets, doors on left has hoodmould, on right deeply moulded.

course as on north. 3 plain lancets at first, cornice and parapet as on north, central wallhead chimneystack. Top 2-stages of tower show above 2-storey range.

SOUTH ELEVATION: to left 6 bays with later single-storey block in re-entrant formed by two projecting bays. On left single lancet at ground with timber Y tracery, cornice and frieze details as north and west elevations, plain double lancet at first. Centre 6 bays have paired windows at ground within chamfered surround (2 on right cut by single storey block), and plain single lancets at first. 2-bays on right advanced in steps both treated as on east elevation, but with hoodmoulds over ground floor windows. Tower visible from third stage up, detail as on east elevation.

One of a group of mid-Victorian town halls in central Scotland with similar architectural treatment, including Dunfermline, Lockerbie, Annan and Hawick. Gilbert Scott's Glasgow University was planned to have a timber steeple in a similar manner to this one.

Lamb died on 28 September 1872 when the building was under construction.