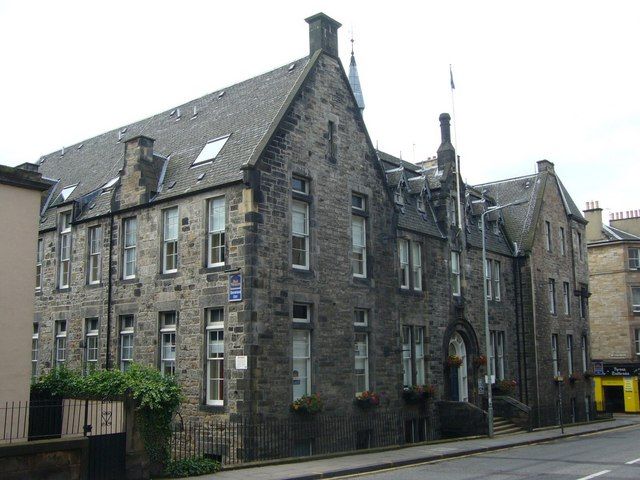 After the death of Sir James Young Simpson in 1870 a large sum of money was subscribed by the public, enabling building of the first purpose-built maternity hospital in Edinburgh, to be known as the Simpson Memorial Maternity Hospital, to begin. The foundation stone was 'about to be laid' on 25th April 1874. MacGibbon and Ross's Dean of Guild plans do not show the asymmetrical tower on the NW corner. The blank panel above the door is shown in the Dean of Guild elevation with the date 1877. The piend-roofed blocks at the S ends of the U wings originally housed coal stores at ground and sculleries, baths, linen rooms etc at upper floors. Replaced in 1935 by the building at the Royal Infirmary site designed by Thomas W Turnbull, latterly this building was the Lothian College of Nursing and Midwifery.