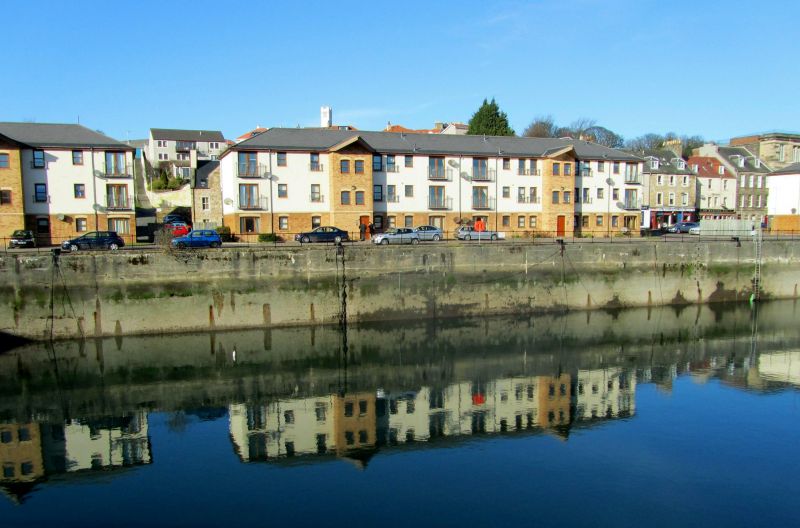 The harbour has been on this site since at least the 17th century, and was known by 1676 as the old and new harbours. Some early structure appears to have been incorporated into the N part of the current inner dock, possibly 1756 extension, and in 1797 authorisation was granted to deepen the new basin. A railway connection was brought to the harbour in 1849, and the New Statistical Accoung mentions major planned improvements to harbour extension of E pier, drawn up by civil engineer James Leslie of Dundee. This almost certainly relates to the middle section of the existing pier, which was carried out in fine ashlar work. Harbour duties formed an important source of income to the town, and much money was expended by the town council to ensure that the harbour continued to meet the requirements of traders. Further extension of the E pier and enlargement of the outer basin took place in 1909, at the height of the linoleum trade. Trade with the Continent prior to the Union included coal, salt and salted fish; Kirkcaldy remained a busy harbour at the start of this century with exports including linoleum, paper, malt, grain and textiles. During the First World War it was taken over by the American Navy, and finally closed in 1929.