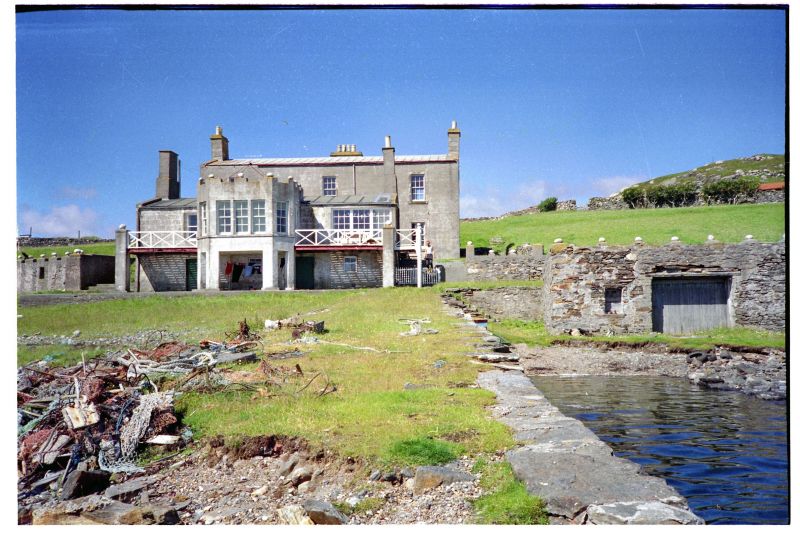 1860, with alterations of circa 1920. Laird?s house on site sloping down to SE comprising mid-19th century 2-storey 3-bay haa with contemporary single storey over laigh floor former trading booth parallel and adjoining to SE; latter converted circa 1920 to wing with symmetrical verandah and gazebo arrangement to SE elevation. Harled and cement-rendered and lined rubble walls with droved sandstone ashlar margins and dressings. Projecting cills to windows.

SW (ENTRANCE) ELEVATION: 2-storey 2-bay end gables of haa and booth wing to left and right respectively, each with window at upper floor in bay to right only; single storey link block recessed between gables with beach-stone-finialled and shallow-gabled entrance porch in re-entrant to right.

The design of this house is very unusual, being a late example of a merchant haa with a remarkably shallow roof that appears to have been tarred like later croft houses in Shetland. The booth is also remarkable, being in such close proximity to the former entrance elevation of the house. The quirky early 20th century alterations that transformed the house into a seaside villa are in a distinctive style that extends to the ancillary buildings and garden walls.