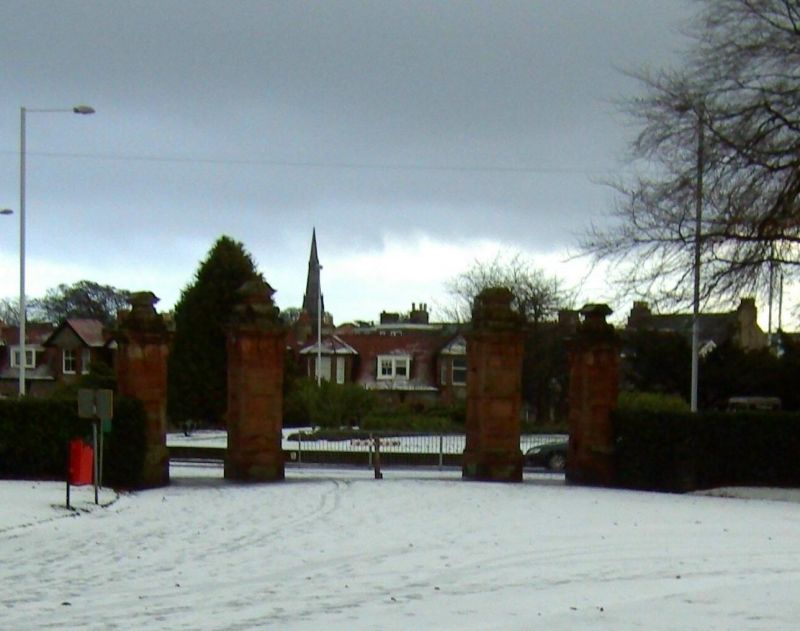 "This Park was provided out of money bequeathed for the

purpose to the Provost Magistrates and Town Council of Kirkcaldy

by Michael Beveridge Esq of Beechwood who died Provost of

along with the Provost Magistrates and Town Council of the Burgh

Opened formally on 24th September, 1892, Beveridge Park was designed by William D Sang, with lodges (listed separately) by J W Hislop. Provost Michael Beveridge (1836-1890) bequeathed ?50,000 to the town of Kirkcaldy, for the provision of a public park, public library and hall in the burgh. The park (92 acres) was purchased, together with Southerton House, from Raith Estates. Michael Beveridge was a linen manufacturer, and "founder, with Mr Shepherd of Rossend Castle, of extensive floorcloth and linoleum works at Pathhead" (Millar). The company Barry, Ostlere and Shepherd ceased trading in 1964. Provost Beveridge's family home, Beechwood in Bennochy Road, is listed separately.