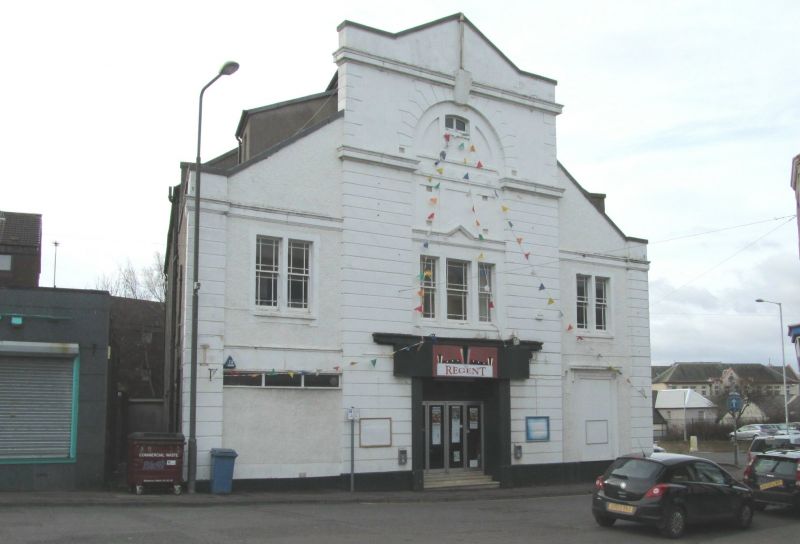 An important part of the streetscape, the 'Regent' was known locally as 'the posh picture house', the other cinema being the 'Troxy'.

The Cinema Theatre Association website notes that the Former Regent Picture House opened in 1922 and that it is now a bingo hall.