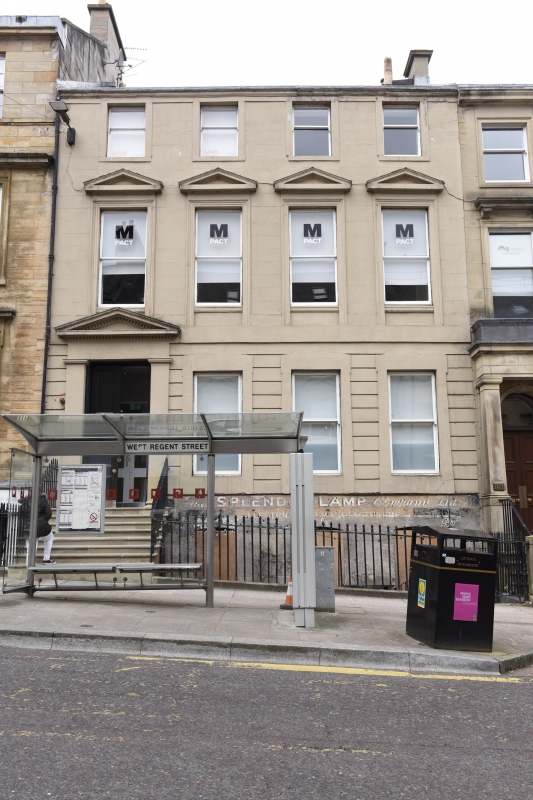 A well-detailed, essentially intact house forming part of a good, varied terrace. Features of particular note include the pilastered and pedimented doorpiece and the pedimented windows. Photographs dated1985 show a gap site immediately to the right (Nos 134-138), indicating demolition of a property present in 1984 photographs: this has since been infilled (1999).