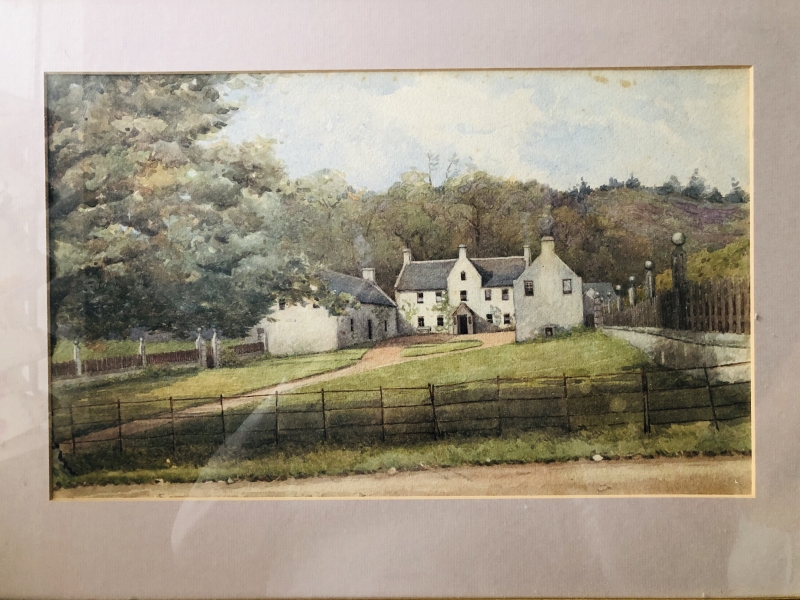 Balnacraig is described by Dinnie as "one of the most beautiful situations on Deeside". The oldest part of the present house, i.e. the central block, was built either by the Chalmers family or the Davidson family in the 17th century. In 1720-30 the Innes family bought the estate and built the 2 wings onto the house, at this time it seems likely that the steading was also built. Although the appearance of the steading is quite altered by the modern infill, surviving details, such as the bellcote, cart-arches (now blocked) and the high quality N and S ranges suggest it was originally a fine building. The lands of Balnacraig were united with the lands of Ballogie in 1852 and remain as such today.