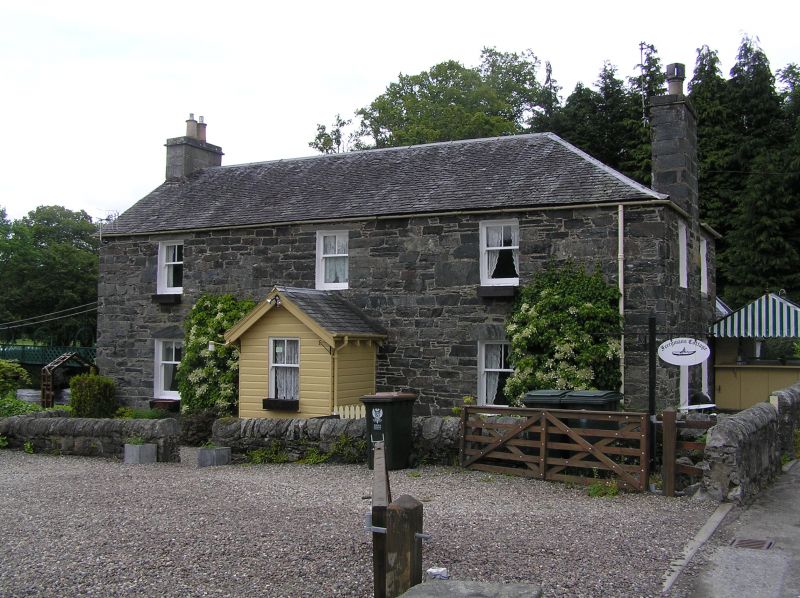 NE (RIVER) ELEVATION: gabled bay to right with 2 windows to each floor, single storey wing to left with glazed door to left, window beyond and 2 further windows to right.

COURTYARD ELEVATIONS: asymmetrical elevations with variety of elements including lean-to bays to NW and SE.

Group with Portnacraig Inn and Nos 1-4 Port-Na-Craig Road as a designed group. Port-Na-Craig is the site of a ferry crossing established during the 12th century by monks of the Abbey of Coupar Angus, and remembered in the local name of 'Fonab' meaning 'abbot's land'.