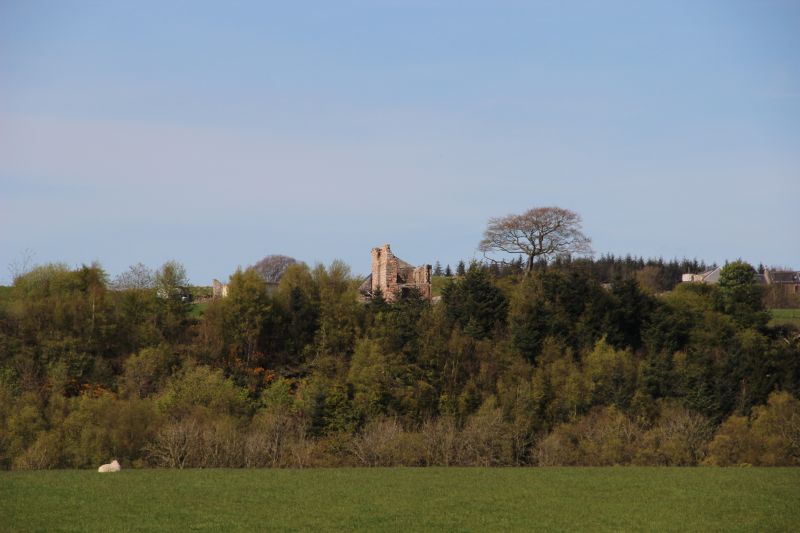 The purpose and date of the building are uncertain. It is depicted as 'The Old Stables' on the 1st Edition OS Map and is thought to have housed the horses working on the whinstone quarry to the N. The round-headed recesses may be the top of hay hecks for feeding the horses. It has been suggested that it was a laird's house, possibly belonging to the Dunnygask Estate, which was converted into stables at the end of the 18th century. The building is currently redundant in use and in a ruinous state.