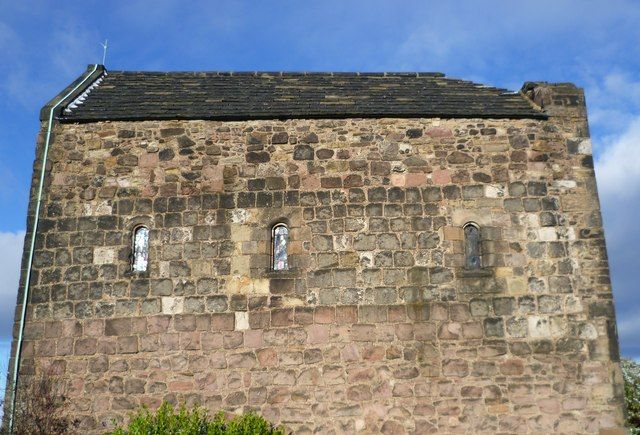 The A Group comprises Batteries, Foog's Gate, Gatehouse, Governor's House, Great Hall, Lang Stairs, Military Prison, National War Museum, New Barracks, Old Guardhouse, Palace Block, Portcullis Gate, St Margaret's Chapel, Scottish National War Memorial, Telephone Kiosks, United Services Museum and Vaults, all within Edinburgh Castle, and in the Care of Historic Scotland. The earliest surviving building on the Castle Rock, the Chapel may have been built by David I in memory of his mother, canonised as St Margaret in 1250. The building was much altered during use as a magazine and munitions store from 16th-19th centuries. In 1845 the Chapel (then a storehouse at the W end of the 18th century garrison chapel) was rediscovered as such by the antiquarian Daniel Wilson. Surrounding buildings, including the garrison chapel, were demolished, and a simple restoration carried out under the direction of Col George Phillpots and Maximilian Grant, 1851-2. The barrel-vault of the nave is of this period, although it was probably also originally vaulted. Grant's illustration shows the form of the N door at this time. A later proposal by Hippolyte Blanc to enlarge and enrich the chapel was rejected.