A Category B Listed Building in Kilmacolm, Inverclyde 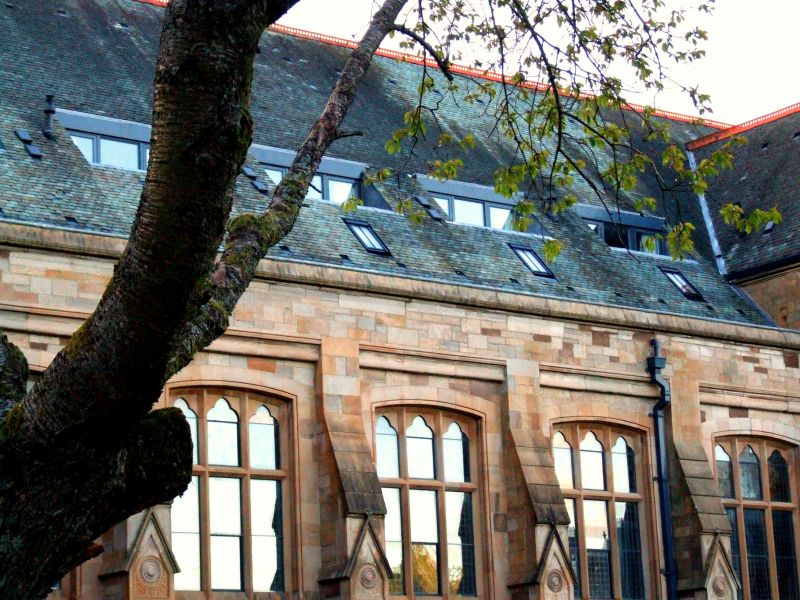 workshops and around 50 'cottages'or villas to house the children. Construction of the village continued after the founder's death in 1903.

Quarrier, who had operated orphanages in Glasgow since the early 1870s, was opposed to the institutional nature of the vast impersonal poorhouses in the city. Instead, Cottage Homes were built in his village to house a housemother and housefather who would look after a small group of children in more familial environment. In its countryside setting, the village was a far healthier place to bring up children than in the squalor of Glasgow's East End from whence they came.

Quarrier's Homes was, and still is, a charitable organisation and an anonymous donation of £5000 allowed work to begin on the church. Completed in 1888, with a capacity of 1000, it was extended to the NE shortly afterwards to house 1500. It was further extended when the transept to the NW was added, finally accommodating over 2000 people. The organ was installed in 1899 at a cost of £1000, also gifted. Early photographs show that the church was originally built with an ogee-roofed bellcote on the roof ridge, since removed.

The eclectic interior of the church is typical of the period with Aesthetic style stained glass and furniture, Tudor details, reformed Gothic pattern and carving. The materials employed - oak; mosaic, glazed and encaustic tiles; stained and painted glass; wrought iron - display a wide range of craftsmanship. The exterior presents a Scots Baronial tower. As a whole the style is unified however and the church is a good example of Victorian architecture and design. Quarrier's Village remains well preserved with only a few of the buildings having been altered in some way.

The village as a whole is significant historically in terms of education and development of children in care, and the church, once at the core of teaching, remains a dominant structure in the village.