A Category B Listed Building in Inverleith, Edinburgh 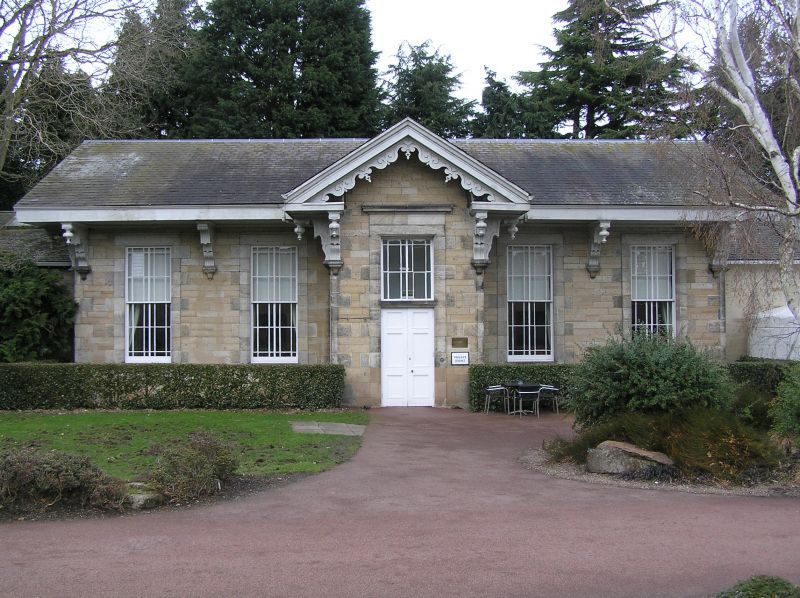 A-Group with Inverleith House, 1858 Palm House and 1834 Palm Stove, Linnaeus Monument, 1967 Greenhouse, East and West Gates, Gardener's Cottage, and the Laboratory and Lecture Hall Buildings at 20a Inverleith Row. The Royal Botanic Garden is included in the Inventory Of Gardens And Designed Landscapes In Scotland, Site Number 216.

The South-East corner of the present Botanical Garden was the garden of the Royal Caledonian Horticultural Society until 1863 when it was purchased by the Royal Botanical Garden. This building was erected by the society as a museum, library, lecture room, exhibition hall, and "place of general resort for the society's members". It was built and furnished at a cost of #843/1s/9d, which was raised by the members through voluntary subscriptions. The architect was David Cousin, who became the Edinburgh City architect in 1847. The hall was built in the decorative Italianate/Jacobethan cottage style that was made popular by the architect JC Loudon. Cottages with very similar detailing are to seen in his "Encyclopaedia of Cottage, Farm and Villa Architecture". After 1863 the hall was used by the Botanic Garden as a herbarium, until the New Herbarium was built in 1964. The hall is now used for exhibitions and flower displays.