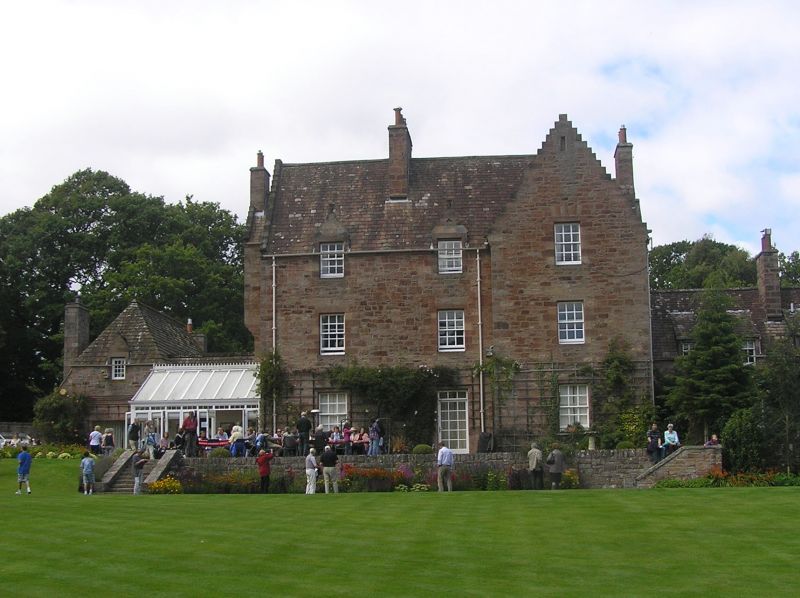 B-Group with 60 Dreghorn Loan. A particularly fine house by Lorimer for James Ivory Esquire, built in a simple and convincing seventeenth century style. Lorimer almost certainly contributed to the design of the gardens which were originally filled with herbaceous planting where the lawn is now (see the plate in Hussey). The idea of using a terrace may have been influenced by the terraces at Traquair House, which are illustrated in an article Lorimer wrote on Scottish Gardens in the Architectural Review (1899, vol VI, p196). Within the former curtilage of Laverockdale House are the former motor-house, cottage and store/stables, all circa 1909 (now forming one property and listed separately, but B-Grouped with this house), a Dutch-style timber-boarded house with pantiled roof, circa 1925 (not listed), and two modern houses (not listed), one of which stands within the walls of the former walled garden (walls included in this list).

The former play-pavilion to the SW of the main house was originally one bay square and had a forestair to the door. It was connected to the house by a South-facing conservatory. It is described in rather gushing terms by Weaver: "The pavilion is consecrated to children. On its ground floor rest bicycles and toys, while upstairs on rainy days the making of toffee can proceed unchecked by the criticisms of elder folk". The extension (which contains the drawing room) was done either in the late 1930s or mid-1950s, and re-used the original dormer from the SE elevation of the play-pavilion.

The entire top floor of the house was occupied by the children's nursery. It comprised separate day and night nurseries, 2 bedrooms, a bathroom, a scullery with a food lift from the kitchen, a linen cupboard, and a large playroom. The latter is illustrated in Weaver, and contained, among other things, a swing, a climbing rope, a monkey-bar and a see-saw. The beam from which they hung is still in place. One last point of interest is that the mahogany stair banister is not polished with beeswax, but was rubbed down with rotten-stone and oil, "a treatment which not only gives a rich colour, but leaves the surface soft as silk".