A Category B Listed Building in Aberlady, East Lothian 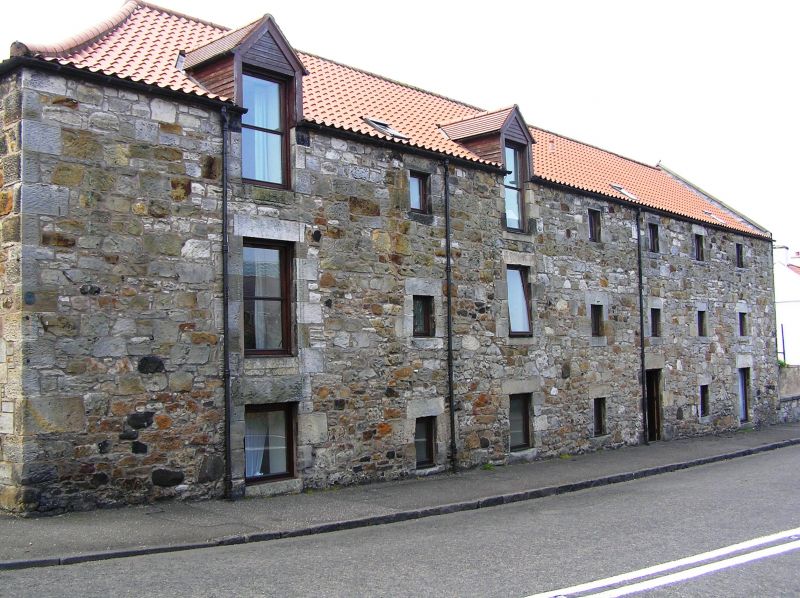 Prominently positioned on a corner site by a coastal road, this former granary has been sympathetically converted to flatted accommodation in the late 1990s. It was probably originally part of the extensive maltings of Mr Punton, referred to by Martine as sited in the Wynd and East end of Aberlady. A 2-storey, 3-bay outhouse to N (roofless in 1992) was demolished at the time of conversion.