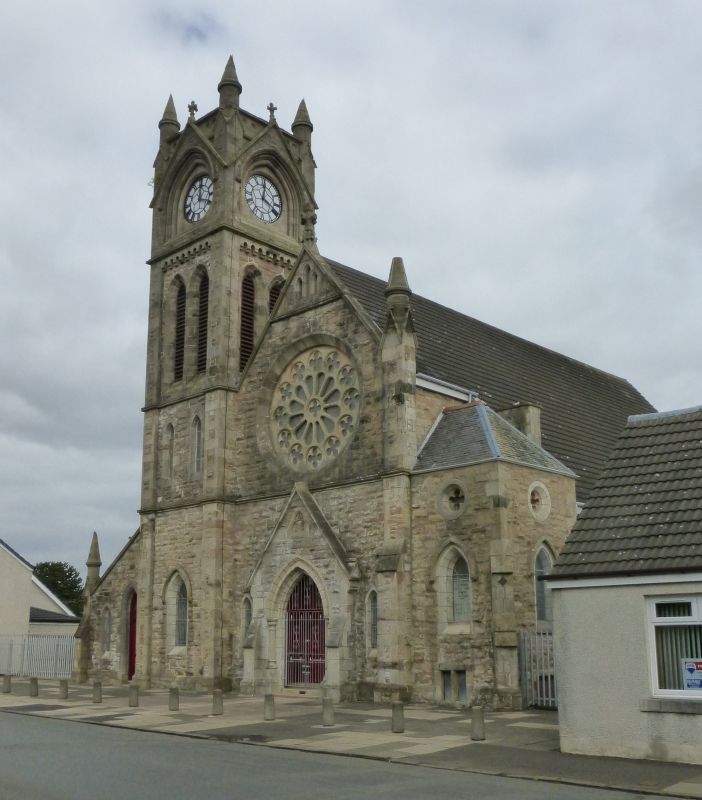 This church was named for the Rev. Henry Angus Paterson, a prominent minister to the congregation.

Although the roof and much of the interior required rebuilding after a fire in 1977 the building is important in the townscape of Stonehouse, especially as the tower contains the town clock. The church also contains some good Victorian stained glass and a good collection of modern stained glass by Crear McCartney (1931-). Most of the interior was lost in the fire but the reredos is intact. The small building immediately to the North of the main body of the church has recently been referred to as part of an earlier church on the site but the first edition O.S. map shows only a rectangular building on the Southeast part of the site.

The church, which opened on 29/4/1879, replaced a smaller church on the same site, the woodwork of which was transferred from a church at Chapelton in 1796. The design was described as 'Gothic of the 12th century' by the architects. The new church was to have a hall and hall vestry on one side and a ladies room and classroom on the other. A new hall was dedicated in 1961 and the old hall was used to form new kitchen and toilet facilities. The clock, which was to be the public clock, was paid for by a locally-born benefactor on the condition that the congregation keep it lit.