A Category B Listed Building in Rutherglen, South Lanarkshire 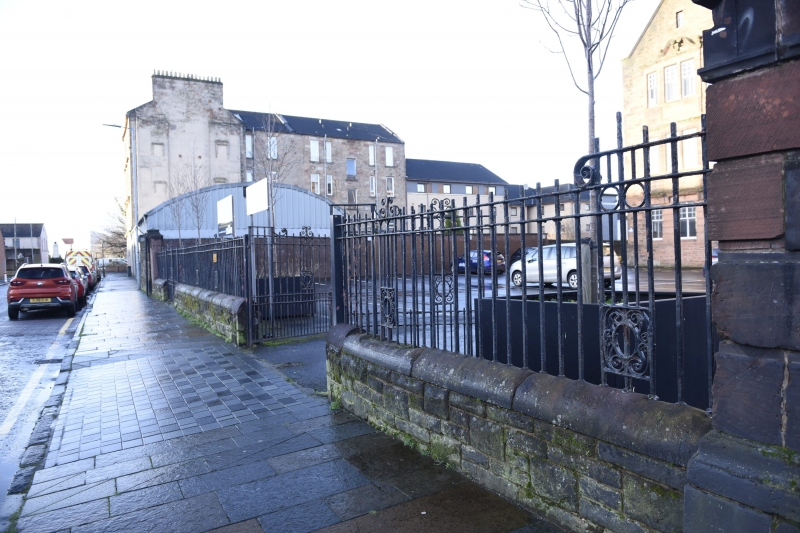 The school has principal elevations to both King Street and High Street. The main entrance is from King Street. An exceptionally well-detailed Board School occupying a prominent position on both High Street and King Street and making a significant and positive contribution to the streetscape.

The external elevations are symmetrical and well balanced, but enlivened by slightly different window treatment on each floor and by the use of decorative mouldings and other details to a degree that is unusual for a school building. The exterior is largely unaltered, except for the unsympathetic flat-roofed addition on the S elevation. Although this extension is out of character with the rest of the building, the original fabric of the school still appears to exist behind it. The plan of the school is fairly common for its date, with the classrooms arranged around a central top-lit hall and separate staircases for girls and boys. Similar arrangements can be found at a number of schools in the vicinity of Glasgow, including Milton Primary School in West Dunbartonshire which also has very similar internal detailing with arches coming off the staircases, decorative ironwork on the balusters, glass screens between the classrooms and so on.

William Ferguson was a local architect who had studied under John Burnet senior and then worked as an assistant with Campbell, Douglas and Sellars and then Rowand Anderson before setting up his own practice in 1886. His work is mainly concentrated in the area around Cambuslang, where he lived, and he built two other schools in Rutherglen: Eastfield Public School in 1898 and a new wing on the MacDonald School (1891) in King Street.