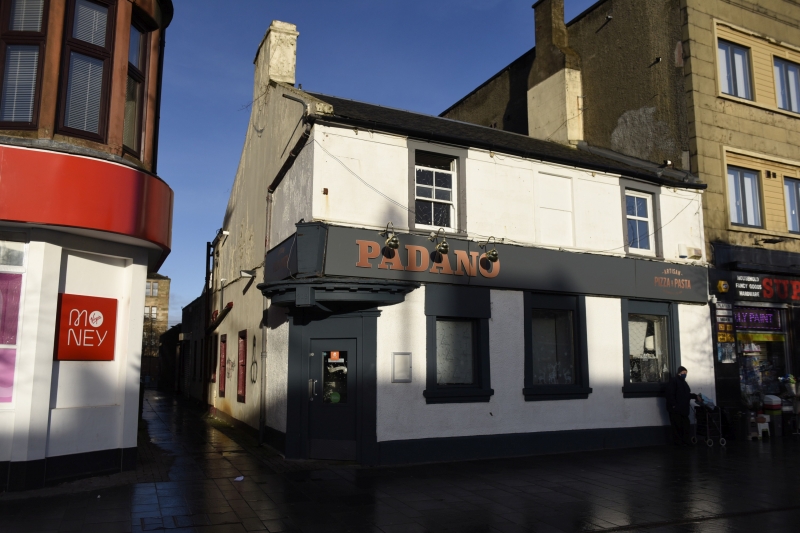 Occupying a relatively prominent position on Main Street and situated at the corner of Church Place, 209 Main Street is one of a very small number of buildings on Main Street that date from the first half of the 19th century and survive in a relatively unaltered condition. David Ure's 1793 'History of Rutherglen' indicates that at that time the houses on Main Street were mostly plain 2-storey buildings (such as this one) with a considerable sprinkling of single-storey thatched cottages in between. Groome's Gazetteer, published about 90 years later, indicated that very little had changed in the intervening period. However, in late 19th century the population of Rutherglen expanded rapidly and in the late 19th and early 20th century all the small cottages and most of the 2-storey houses were demolished and replaced with the large sandstone tenements that still make up the majority of the building stock on Main Street. This house is therefore one of a very few survivors of a type of building that once lined the Main Street, and as such serves as an important reminder of Rutherglen's past. Although the building has been somewhat altered it still retains its original character to the principal elevations and (unusually for Rutherglen) still has its original slate roof, chimney stacks and Victorian sash and case windows to the upper floor. This building is therefore important in both historical terms and for its contribution to the streetscape.

Dean of Guild plans at the Mitchell Library (ref RU1909/18) show that the bar was re-fitted and an addition made to the rear in 1909. The work to the bar was done to a very high standard with panelled woodwork in a Glasgow Arts and Crafts style and was designed by the architect A Wilson. Unfortunately this work does not survive.