A Category B Listed Building in Stonehaven, Aberdeenshire 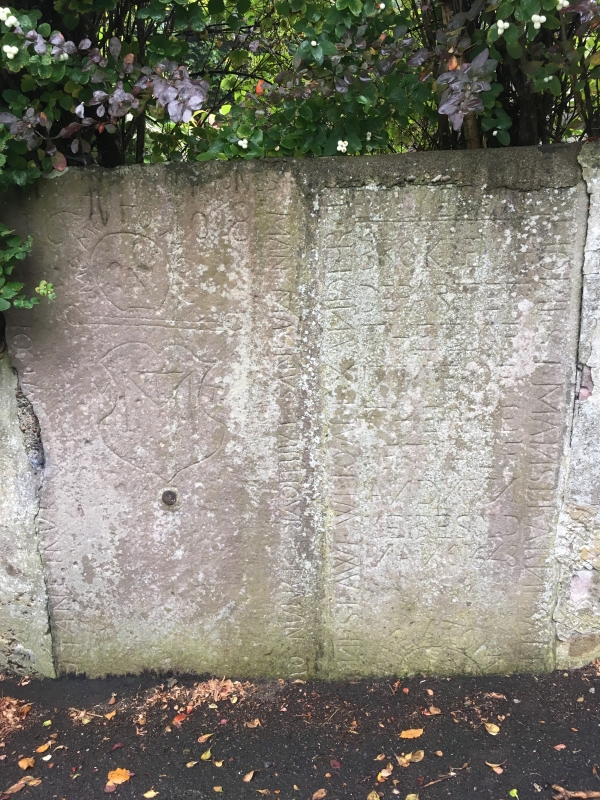 These strangely out-of-context incised stones are an eloquent reminder of sad events in Stonehaven's history when plague or 'pest' victims were interred not here but in a nearby hollow to the south east of Victoria Street, at a site know as The Maltman's How. They were discovered during the 19th century and now (2006) form part of the east boundary of a public footpath. The death's head on the north stone is typical of the seventeenth century, with the frontal skull without a lower jaw, and a horizontal femur. The legend 'Memento Mori', 'Remember that you must die', is inscribed around the skull. The two stones exemplify the fact that before 1616 lettering was inscribed marginally around the edges of the stone, and that after that date horizontal bands of writing were used. Often, though, as in the case of the 1648 stone, the marginal inscription would be included as well.