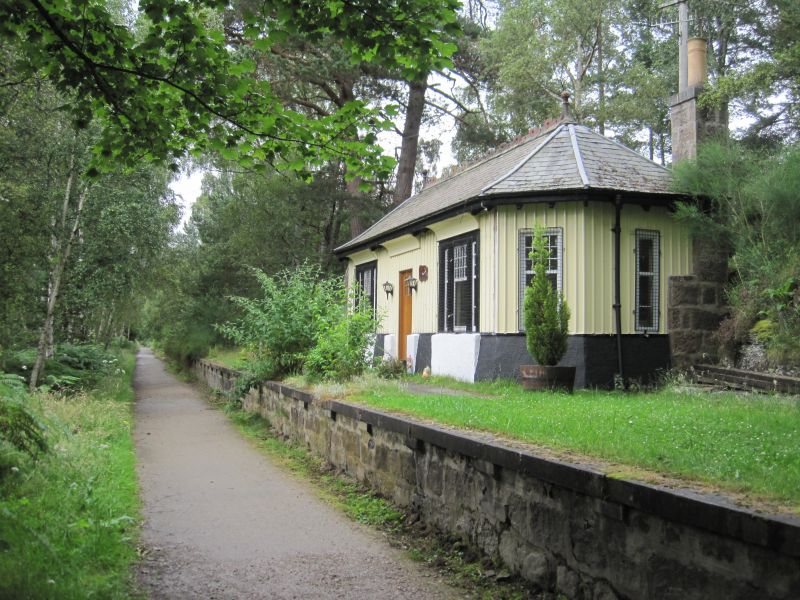 This small yet unusual building stands on the former Aboyne to Ballater Railway, which closed in 1966. It is constructed using the traditional timber framed construction which is a particular feature of the area. In addition to its picturesque quality, the building is also important evidence of the economic development of the area following the arrival of the railway, which opened from Aboyne to Ballater in 1866. This small station, opened 10 years later, did not in fact handle regular passenger traffic, instead being used to unload imported dynamite and load granite (Geddes, p141), which was one of the major exports of the region.