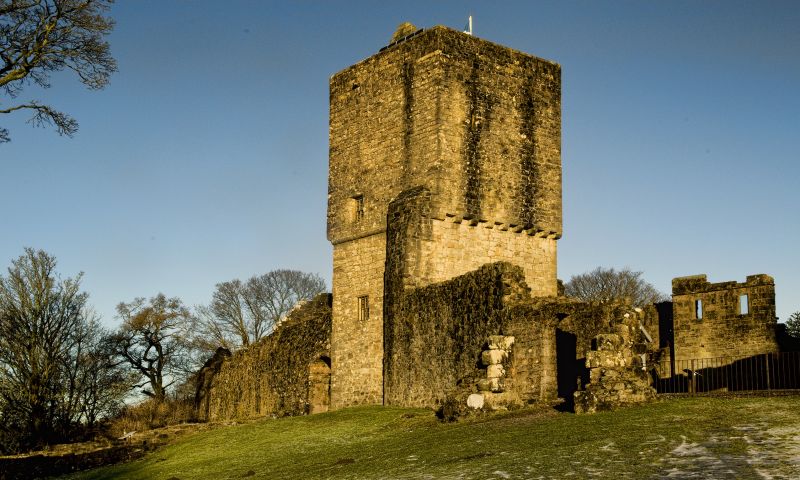 Built in 1812, this is the fragmentary remains of what was an extremely well-detailed and impressive country house, which continues to form a significant feature in the landscape. Although much of the original structure of the building has gone, and the building is a roofless, there is still sufficient fabric to show that this was a country house of some distinction with extremely good decoration and fine features. The fine carving to the parapet

is especially distinctive. There is photographic evidence to show that the interior of the building continued the Gothic style and included a lavish rib-vaulted entrance hall. It is thought that the house began to lose its structure in the 1950s and 60s. The Gothic building style was fashionable in the late 18th and early 19th centuries. It was a romantic, highly decorative building type echoing interest in the medieval period and its values.

The house is set within the grounds of Mugdock Country Park, an area of parkland of c.700 acres with woods, moorland and the remains of the 14th century Mugdock Castle (Scheduled Monument). The building was built by Alexander Ramsay, initially using designs by the owner's cousin, the amateur architect James Smith of Jordanhill and he preserved the original designs as much as possible. Alexander Ramsay (c1777-1847) was an Edinburgh builder, about whom little is presently known.