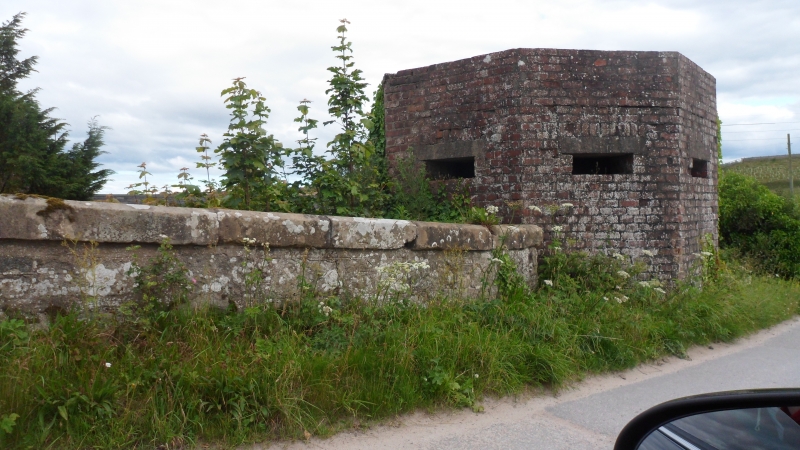 Built on an artificially elevated site with a granite retaining wall, this pillbox is probably the only surviving example of nine in the area which formed part of the original Dyce Airfield defences. The airfield is situated a short distance to the south. With clear views up and down the Aberdeen to Inverness railway line, the pillbox would have provided protection to a vital transport link. 'In June 1940 branch FW3 of the War Office Directorate of Fortifications and Works issued designs for about a dozen standard pillboxes to meet the needs of anti-invasion defence. Though these 'Standard Design Drawings' were intended as contractors' patterns, in practice a multiplicity of designs arose locally from tactical considerations, materials and preferences' (Lowry p79). This interesting example was probably constructed by a local firm, hence the somewhat unusual elements of design, with its distinctive height supported by a central column rather than a standard ricochet wall, concrete lintels and steel shutters. The rare retention of some of the solid steel internal shutters and associated workings, which could be raised and lowered on pulleys presumably using counterweights, further raises the interest of this excellent, well-preserved example of an integral element of the WWII defence network.