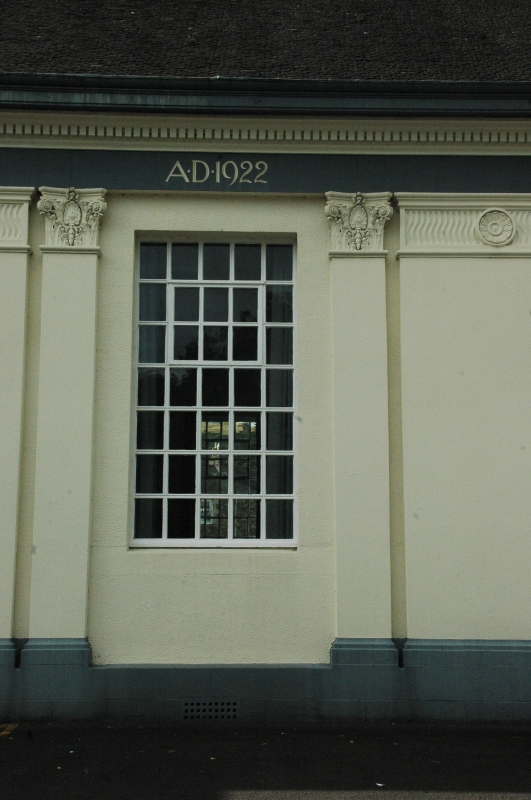 Located on a prominent island site, bounded by Chapel Street, Drovers Way (leading to Leithen Road) and Bond Street. The buildings make a strong contribution to the townscape. The Memorial Hall is of particularly good quality with the fine decorative detailing of the principal elevation making a good contribution to the streetscape.

The double-ridged house formerly known as Holm Villa was built by the 8th Earl of Traquair as part of his estate in 1859 on a prominent corner of Leithen Road and was used as a family home for some years. In 1919 it was purchased by the mill owner Henry Ballantyne, refurbished and gifted to the town for use as the Burgh Chambers. A few years later he commissioned the adjoining Memorial Hall from architects Todd and Miller of Edinburgh, although by the time the building was finished the firm was practicing under the name J M Dick Peddie and Walker Todd.

The hall was built with a capacity of 800 people and was opened to the public on 11th November 1922 by Henry Ballantyne. The triangular garden to the front of the villa was landscaped to represent the Leithen valley with model of the Cuddy Bridge and to incorporate the War Memorial. The slate backed clock with ventilators to the gablet of the villa was added in 1960 and is dedicated with a bronze plaque to Janet Muir.