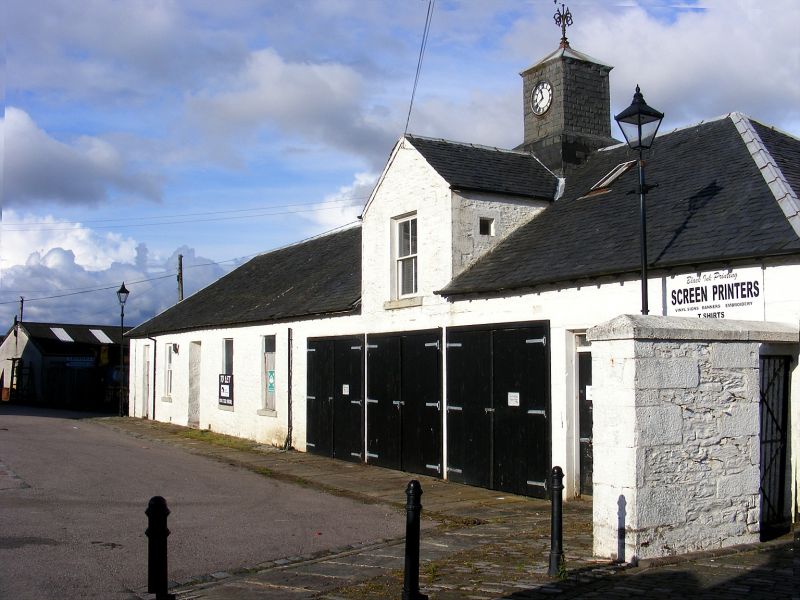 The former passenger terminal is a good survival of its type situated in a prominent position between Ardrishaig Harbour to the E (see separate listing), the Crinan Canal (scheduled monument) to the W and Ardrishaig boatyard to the N. Built to collect pier dues from passengers embarking onto steamers using the pier, the building remains substantially unaltered. The three pends served as routes for access and egress and originally had turnstiles to control the flow of the many hundreds of passengers on the larger steamers. The ground floor towards the N was used as a waiting room. The gabled, 3-bay, 2-storey Canal Office situated to the N side of the square and the single storey-structure to the S, provide strong historic context and add considerably to the interest of the passenger terminal building.

Ardrishaig was a small fishing village until 1809 when the Crinan Canal was opened linking Loch Fyne to the Sound of Jura. The harbour was built as an entrance to the canal but from 1814 was also used by steamships. By 1829 over 30,000 passengers were travelling along the canal each year around which time the village became a significant port for both passenger and freight traffic. Later, Ardrishaig was the terminus of a mailsteamer service from Glasgow (later Gourock) which ceased to run at the end of the 1960s. The passenger terminal building has not been used for its original function since that time and the ground floor is currently leased to local businesses.