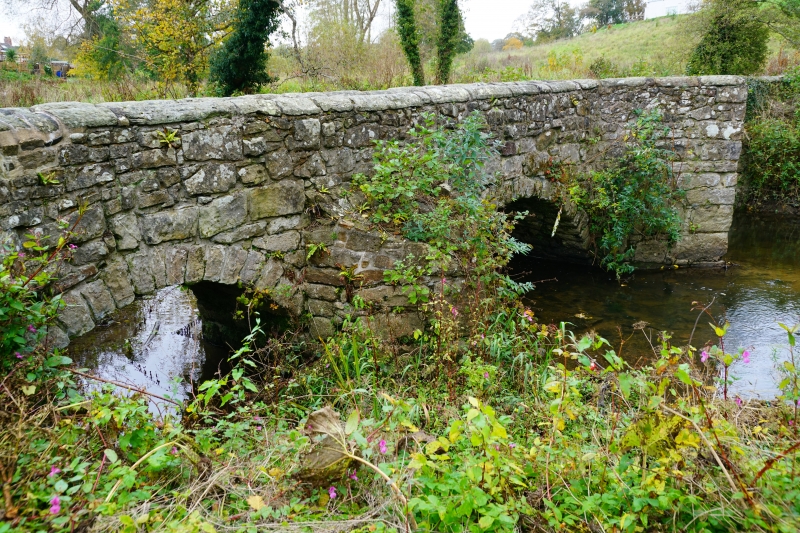 Location: Spanning the River Alyn in the centre of Caergwrle village, at the end of Fellows Lane.

Vernacular packhorse bridge of probable medieval origin (given this river crossing's proximity to Caergwrle Castle), though extended and altered in the C17 and later.

Narrow packhorse bridge approximately 50m long; of sandstone and freestone rubble with low parapets (C18 or C19 replacements) with curved sandstone capping stones. The bridge spans the river in two places with an irregular central island. There are four crude segmental arches in all with three sets of surviving triangular cutwaters, two retaining parapetted refuges. A plain late C19 gate on the upstream side gives access to the island; irregular masonry to the lower bridge walls in this section.